IJEBU JESA, Osun, Nigeria – In the last few days, the social media has been besieged by a trending video of the looting of warehouses in the premises of Cocoa Processing Industry, Ede in Osun State, where COVID-19 relief materials meant for distribution to the residents of the state, were kept.

To start with, findings revealed that the food items that were looted at the warehouses were donations from the Private Sector Coalition Against COVID-19, aka CACOVID, which Osun State Government “had no authority to distribute” at the time. Why? “The CA-COVID Office, Abuja, was yet to flag off the food relief programme in the State because the rice component of the donated items had not been delivered.” The sad event took place on Friday, October 23, 2020.

Occasioned by the #EndSARS protests, the looting of stores, warehouses and businesses took place in most cities and towns in Nigeria, after the protests took a violent turn. So, it was not only in Osun State that the miscreants and misinformed members of the public wreaked havoc; and it’s not an event as recent as the merchants of the devil had wanted to make Nigerians believe. Apart from Ede, among other places that were stormed by thugs, hoodlums and misinformed residents, with valuable goods and supply materials carted away in Osun State included Tuns Farms and Justrite Mall, both in Osogbo. The good news however is that, at the end of the day, some arrests were made and charges were pressed against the culprits.

It is also on record that CACOVID eventually wrote to apologize to Osun State. According to a letter signed by Osayi Allie, a Co-Administrator, the delay in delivery, subsequently, distribution to the targeted beneficiaries was caused by “procurement challenges” being faced by the Coalition at the time. In effect, CACOVID exonerated Osun State Government from any intention to punish its residents.

To put it in proper perspective therefore, if Osun State Government and, indeed, the First Lady could, at different levels, source “relief materials to cushion the effects of the pandemic on the people”, how for God’s sake could the same government have hoarded them from “intended beneficiaries in all Local Government Areas of the State”?  To right-thinking Nigerians, it rather showed the depth of commitment of the Gboyega Oyetola-led “government and the Committee it had set up for that purpose.” Impliedly, the promoters of what could better be referred to as a show of shame were just being mischievous by selling decayed news as fresh products to the people.

‘Idle hands are the devil’s workshop; idle lips are his mouthpiece’, so says the Holy Book! With ‘much time on their hands’, they are even said to be ‘worse than politicians.’ The tragic truth is that some people are not only indolent but also capable of causing a breach of the peace in the society if their excesses are not curbed. For example, there’s no doubt that the miscreants’ actions in 2020 caused a lot of uproar among the people.

But thankfully, the governor left no stone unturned at addressing it swiftly. So, for some people to start circulating the dead clip as if it just happened only gave a picture of bad faith on the part of its promoters. Besides, it went foul of portraying us as a people eager to develop. In any case, the loud truth is that no COVID-19 palliatives were of recent distributed to the public. It’s been done in 2020! This is 2022, almost winding down! Quite unfortunate that those who uploaded the said clip failed to understand that all the life-supporting interventions in the warehouses were branded! So, it’s not as if the governor or any of his aides wanted to sell them to an unsuspecting public. Not at all!

Yes, it is apposite for Nigerians to condemn the perpetrators for that hurtful intrigue and irrational malady, for it was no doubt an attempt to drag us back. The perpetrators need to be told that it’s the commonwealth of Osun State that they stole with titillating indignation. In the opinion of yours sincerely, it is worth the trouble to guide against a future reoccurrence of such a sickening act.

By the way, that some Nigerians were short-changed is no longer news. Had the society waited for the right time for the distribution, the noble intention would have percolated to all the nooks and crannies of the state. The funny part of it is that the hoodlums who spearheaded the looting did not represent the people. Not only that, a lot of other vulnerable people who never had a pack of, say, Indomie noodles and who didn’t have the capacity to go and struggle at the warehouses were deprived of benefiting from the large-heartedness of the corporate organizations and philanthropist-donors.

Had there been sanity in their conduct, the society would have been better for it. But, again, there we were, as Nigerians! Hoodlums came and aborted a noble intention; and the society paid for it. As if that was not enough, some naysayers came with fake news and a section of the society unfortunately believed them! They even injected their ignoble act with foul information and some Nigerians subscribed to the erroneous notion that all is fair in politics. They thought it was something they could brag about and sell to a gullible public as politics; whereas it was not.

The question is: why is it that the ruled always find it difficult to believe their leaders even when they (their leaders) mean well? Well, the general belief is that bad news travels fast. Even in the newspaper industry, the general notion is that nothing is news until it is bad news. To put it in strict terms, believability in this part of the world is a problem.

Talking about the worrywarts who were waiting for the troublesome outcome of the act, that the people are not enlightened about the dangers such a saga portends to the society is a dangerous problem. Of a fact, the naysayers knew what they were doing when they started. They deliberately manipulated the video clip simply for the purpose of cursing trouble for the government. Otherwise, why did they wait for a time like this to release the stale video clip?

It bears repeating that “before the land swallows the wicked, many valuable things may have been lost.” To this end, there’s an urgent need for decisive steps by relevant authorities and men of goodwill. Beyond party partisanship, government needs to take a dispassionate look at the laws regulating the production of videos in the country.

Talking specifically, the National Film and Video Censors Board (NFVCB) must do more to prevent a possible reoccurrence of dastardly acts like the one on hand; to prevent a possible breakdown of law and order before getting to know the truth. For instance, had the said video clip displayed the day and date it was produced – as it’s done in other climes, a section of the public would not have been seen to be pandering to the wishes of the purveyors of the buried-and-forgotten incident. They would not have succumbed to the “sponsored lies and fallacious statements from the covens of hatchet minds.” Surely certainly, the ‘now’ will continue to be ‘now’, even if it is a thousand years; and it will appear as if it is fresh, whereas it is not!

May the Lamb of God, who takes away the sin of the world, grant us peace in Osun State! 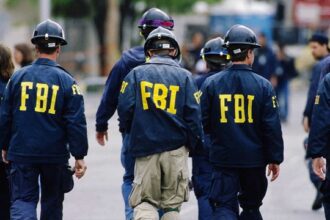