November 7, 2014 – Lagos State Governor, Mr. Babatunde Fashola has called on governments at all level to focus on measures that could be adopted to eradicate plasmodium parasite which causes malaria fever.

Fashola who spoke while receiving members of the Junior Chambers International on courtesy visit as part of activities to mark their 30th anniversary, noted that it is better to eradicate malaria instead of focusing effort on distribution of mosquito nets and drugs to treat those afflicted by malaria fever.

For him, one way to achieve this is for individuals to ensure that they live in a clean environment adding that it would prevent mosquitoes from breeding and in effect stop the spread of malaria fever.

He explained that since mosquitoes thrive well in stagnant water, the easiest way to prevent malaria is to get rid of stagnant water by always maintaining the drains and clearing gutters to allow water to run freely.

He maintained that there was no basis for the existence of stagnant water anywhere in the country when it is fully known that same serve as a breeding ground for larvae of mosquitoes, noting that there is always a consequence for every action taken by people at any point in time.

He informed his guests that the present administration has decided to embark upon indoor spraying to reduce mosquitoes adding that the measure has proved very impactful.

On prison congestion, Fashola said the country is still majorly dependent on prisons built by the colonial masters, adding that Lagos was looking at how to build bigger prisons with larger capacities that would also serve as centres for reformation, rehabilitation and human development.

“People should be better off after a prison experience than worse off. So one of the things we are looking at is a school. We want to provide an opportunity so that when you are serving a custodial sentence, you can work and earn income, save part of it, so that when you finish, you have a chance to have some money saved aside, hoping that you have learnt your lessons and get back to life. At least, for many of those non serious offences”, he explained.

He explained that Lagos is already promoting laws on non- custodial sentences for some offences like traffic where people who have run foul of the law engage in community services.

While acknowledging the pioneering role played by Jaycees Club in the tree planting campaign in Lagos State, the governor said the present administration has also planted more trees and seen to their sustenance.

Speaking against the backdrop of his conferment with the life patronship of the JCI, he reiterated that the highest honour that anyone could get is the privilege to serve his community.

According to him, the various awards are just symbols of honour but that the real honour lies in being given an opportunity to serve, saying it has never formed part of the campaign manifesto of any leader to come into office to receive awards or be recognized.

Fashola said part of the credit for the successful containment of the Ebola Virus Disease in Lagos should also go to members of the JCI who constitute part of the 21 million residents who cooperated with the State in preventing the disease from assuming epidemic proportion.

He maintained that the success was achieved with the heroic disposition of the health workers in the State who confronted the disease headlong and that the same should apply when there is crime adding that the service of heroic policemen would be needed.

He said between 1960 and now, the resources of the nation has grown while the most important resource which is the people has also multiplied, maintaining that if anything is wrong with the country, then it is about the people and their attitude.
Speaking earlier, President Junior Chamber International, Tanimomo Gamaliel acknowledged the role of Fashola in redefining leadership through his immense contribution in Lagos State and placing Nigeria on the world map.

He said the club in recognition of the sterling qualities of the governor decided to confer life patronship on him and also intimate him with plans to institute it at the annual Babatunde Raji Fashola Colloquium. Gamaliel said the JCI has pioneered many developments across several sectors in the state including the tree planting campaign exercise in 1984, the prison reform project in 1988 and several community based projects and initiatives.

He stated that the club which is a non-partisan, non-political is keen on partnering with the Lagos State Government in the field of community development. 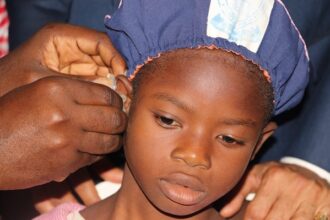 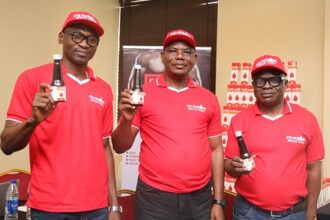 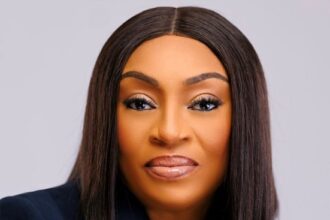