SHARE
The Peoples Democratic Party (PDP) is just one of the 25 registered political parties in Nigeria, yet crisis within the party has almost paralysed governance across the federation, most especially in states controlled by the party. So far, origin of the impasse appears vague.

Nevertheless, some have traced it to Rivers State, where the State Governor, Mr. Rotimi Amaechi had gone ahead to pull down structures he has every reason to believe were shanties in Okrika against plea by wife of the President, Patience Jonathan and alleged ceding of 86 oil wells in Rivers State to Akwa Ibom.

“This matter started as far back as four years ago at Anyugubiri in Okrika when I begged him not to demolish a part of Okrika but that he should first dialogue with the people. After that incident, he called the chairman of Okrika Local Government and sacked him for holding reception in our honour, that boy was the first victim. He also put my people on curfew for nine months. I called him and pleaded with him but he refused”, the obviously frustrated first lady lashed out.

There are some who have attributed the standoff to battle for supremacy between the national Chairman of the party, Alhaji Bamanga Tukur and former governor of Osun State, Col. Olagunsoye Oyinlola, who was elected national Secretary at the South-West zonal congress but was ousted via court verdict, paving way for national Deputy Secretary, Solomon Onwe to step into his shoes at the orders of Tukur. This singular act, many believe pitched other members of the National Working Committee (NWC) and the PDP governors against the national chairman.

What followed was like an implosion in the PDP, with the party suspending Amaechi. Governor Aliyu Magatakarda Wamakko of Sokoto State was next. He was said to have been suspended for lack of respect for leadership of the party. His suspension was however lifted 11 days later. But the bloody crisis in the Rivers State House of Assembly which almost led to the death of Hon. Michael Chinda prompted governors of the North to abandon their most pressing constitutional duty for a solidarity with the Amaechi, factional chairman of the Governors Forum, whom they believe was the good guy.

The governors were Muritala Nyako (Adamawa), Sule Lamido (Jigawa) and Rabiu Kwankwanso (Kano). They all had very sad tale to tell about this sympathy visit as anti-Amaechi protesters stormed the tarmac in Port Harcourt and pelted them with stones.

But they were not the only visitors. Governors in opposition, comprising that of Lagos State, Mr. Babatunde Fashola, that of Ekiti State, Mr. Kayode Feyemi, his Oyo State counterpart, Abiola Ajumobi, that of Osun State, Rauf Aregbesola, that of Ogun State, Senator Ibikunle Amosun and deputy governors from Imo and Nassarawa State all abandoned state functions for the visit but this time to appeal to the Amaechi to pay a visit to the President and look for a way out of the woods.

As if that was not enough the four governors of the north, namely Rabiu Kwankwaso of Kano, Sule Lamido of Jigawa, Dr. Aliyu Wamakko of Sokoto and Murtala Nyako of Adamawa State again abandoned constitutional duties in their various state and other pressing issues to consult the former President of Nigeria, Chief Olusegun Obasanjo, whom they described as the most accomplished Nigerian, on matters which have little or no bearing on the development on their various states. President Goodluck Jonathan also followed suit, abandoned his official duties and landed in Abeokuta to meet with the former president on issues that have no bearing on national development.

But the governors who must have now established themselves as people with the highest credentials for crisscrossing the nation on account of trivial matters landed in Minna, capital of Niger State, this time five of them from the North to consult with two former military Head of State, Gen. Ibrahim Babangida and Gen. Abdusalami Abubakar on issues that have no bearing on national development.
The five northern governors were Sule Lamido (Jigawa State), Aliyu Wamakko (Sokoto), Murtala Nyako (Adamawa), Rabiu Kwankwaso (Kano) and Muazu Babangida Aliyu (Niger).

“I just want to commend the governors here and some of their colleagues. I was very impressed because they see the problem of this country as our problem and they have taken the right step to consult widely in trying to find solutions to some of the problems,” Babangida said during the visit.

Ironically, the nature of the solution, the governors were seeking came to the fore, during the PDP convention held August 31 at the Eagle Square in Abuja, when they in company of the former Vice President, Alhaji Atiku Abubakar walked out of the President and other delegates in a most audacious manner during the convention only to form a factional PDP with Alhaji Kawu Baraje as Chairman and Oyinlola as Secretary.

The demand of the group is simple, Jonathan must not run in 2015; Tukur must resign and Jonathan must not use the Economic and Financial Crimes Commission (EFCC) to probe them, even if they choose to pocket the whole money that comes to the state and reintegrate Amaechi into the party. Since then it has been one meeting after another, between the President and the governors with some of them, including the embattled Amaechi relocating to Abuja at the expense of the electorates who are in dire need of governance.

Speaking at a dinner organised for the Nigerian delegation and other Nigerians in South Africa during the Commonwealth parliamentary summit, Speaker House of Representatives, Hon. Aminu Tambuwal expressed his frustration about the attitude of politicians whom he said are busy using the time they should have spent on government to deliver the dividend of democracy to the electorates on drumming up support ahead of the 2015 general elections, which is two years away.

“Our achievements should speak for us. We should put up structures that will speak for us, that will campaign to Nigerians to vote for us when the time comes and not a situation that nothing is working and yet we are busy clamouring for re-election when we have nothing to show for the mandate that was given to us before. Two years is still a long way away, let us concentrate on governance and making the country better for our people”, Tambuwal said, stressing that as the House resumes from recess the task will be to direct the attention of politicians from partisan politics to the onerous task of governance.

Speaking on the PDP crisis and consequent lack of governance, Rivers State chapter of the party called on Amaechi to take his responsibilities seriously by returning to the state to attend to piles of pressing demands at home.
In a statement , state chairman of PDP in Rivers, Mr. Felix Obuah expressed bitterness that the pace of infrastructural development in the state has clearly dropped as contractors have withdrawn from their various construction sites, alleging non-payment of contractual funds as well as zero monitoring of the stages of works contracted, stressing that the governor would have exhaustively wasted funds meant for development of social amenities and empowerment of the impoverished Rivers people by running the state from the outside.

“We feel disappointed by this style of leadership and call on Governor Amaechi to have a rethink and focus on issues that truly legitimize his position as the chief servant of the people”, the party said. But with the turn of event, it seems things are now looking up, following agreement between the President and the aggrieved governors on some of the issues in contention in the interest of the nation. For now, Nigerians are hopeful that the endless junketing by governors who should be concerned about the welfare of their subject will now stop, and the President will see the need to now devote the remaining two years to impact on the lives of Nigerians to convince them that he indeed deserves a second term in office. 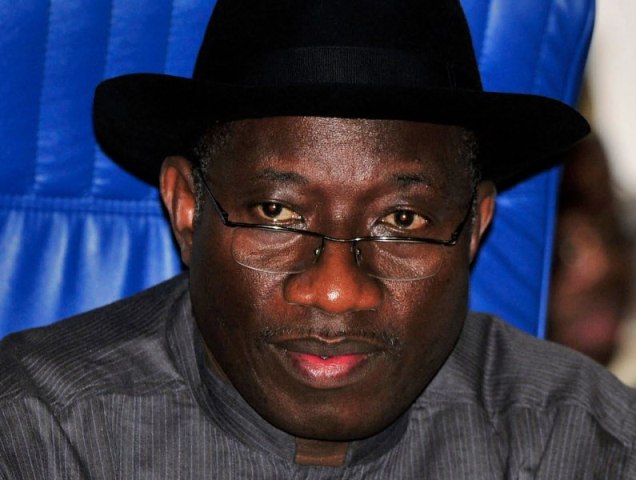 America Decides: Why Joe Biden will win US election