The effect of this is that the most optimistic of Nigerians are becoming more and more disillusioned and less hopeful about the possibility of redemption for the country that is sinking down the drain of life.

The most recent of this is what has come to be identified as money politics and its evil effect on the process of nomination of candidates of political parties by party delegates. It must be first stated that the Constitution of the Federal Republic of Nigeria, 1999 (as amended) does not recognize independent candidature and anyone intending to contest an election in Nigeria must have been sponsored by a political party. Thus, an aspirant must have passed through the nomination process of a political party and must have emerged as the candidate of the party.

The indirect method arises through voting by delegates that must have been specifically elected for the purpose of nominating candidates of the party and not otherwise. The third, which is the consensus method, occurs where all aspirants to a particular office agree to step down for one of them as a consensus candidate.

Such procedure is required to be evidenced by a written consent signed by each aspirant indicating voluntary withdrawal from the race and endorsing the consensus candidate. All these are provided for under Section 84 of the Electoral Act, 2022. It is my belief that the present ‘allocation’ of delegates under the All Progressives Congress (APC), the ruling party in Nigeria, is an aberration, particularly where it is even contended to be by consensus but without affirmation by the people.

The legality or otherwise of this is yet to be tested but I believe the irregularity is fundamental to tilt the already conducted primaries into the realm of nullity. But be that as it may, focus in this paper is about the vulnerability of party delegates generally. The traditional vulnerability is in terms of unreliability and caging in cells, days or weeks by wealthy and influential aspirants before the conduct of primaries.

The practice would be for such an aspirant to secure a hotel where aspirants would be lodged, fed, indulged in all manner of satanic splendour and paid handsomely and be put in a bus or buses directly to the venue of the election, not to be talked to by anybody so as not to be purchased by other aspirants or influenced by any person contrary to their agreement with the financier.

The outcome, in most cases, is the automatic emergence of the piper who has long dictated the tune. The delegates are in recent times seen as combustible materials, highly inflammable, that they are like eggs that must be cautiously protected. Like hens, they now feed on ‘dollarised’ corns and conscience or freedom of choice, the hallmark of electoral democracy, does not matter anymore.

Delegates are merchandise for sale to the highest bidder and the excitement for an average poor politician is when he is elected or nominated by the powers-that-be as a delegate to participate in the primary election of his political party. People now wonder whether there should not be a school for delegates or a course in the University on ‘delegated democracy’. As said in my last piece, this is the season of prosperity for these delegates as, in popular lingo, they cash out.

Most times, filthy funds, largely stolen from the public treasury, are used by politicians to purchase delegates’ votes together with their conscience and their future. A delegate from Delta State, at the just concluded Peoples’ Democratic Party (PDP) primary election last week, returned home with a brand new car, which he purchased through the money made from the primary election. It is only aspirants who have money to dole out in millions that can get votes, and those with brilliant ideas and no deep pocket are treated as pariahs.

They are considered to be unserious and not to be touched with the longest pole available in the delegates’ electoral market. A most recent sad experience is that of my brother, Dele Momodu, who stuck to decent practice and dictates of a honest conscience, ready to serve, by refusing to give money to delegates. To enhance their knowledge and entertainment, I understand he only gave the delegates of PDP, on which platform he was contesting, copies of his glamourized magazine, Ovation.

These delegates must have been cursing him under their breaths, hissing and condemning him for being daring enough to approach them for votes without paying them. They decided to teach him a lesson he would never forget by giving him zero votes as against his counterparts who went home with basketfuls of votes. He was lucky they did not record vote deficit for him by which he would have to refund their votes he is owing any time he decides to contest in future before he would be allowed to participate in such a contest. The question is, how can the country grow with these kinds of delegates? Where is the possibility of corruption being defeated in our public governance? These kinds of delegates have made it impossible for a brilliant and ready-to-serve politiciansto emerge in any contest.

In 2018, two analysts, Emmanuel Okechi Onah and Uche Nwali, in a paper titled “Monetisation of Electoral Politics and the Challenge of Political Exclusion in Nigeria”, argued that “money has become the deciding factor in Nigerian politics.

It has served the purposes of consolidating elite rule as well as the political exclusion of the non-elite. A discernible ‘ritual of money politics’, has enabled the power elite to remain in power, and new comers to develop the elite character…. money politics is at the heart of the general crisis of democracy and governance in Nigeria, and unless this is mitigated, reforms aimed at bringing about good governance and curbing other anomalies in the political system may not produce the desired results.”

This is much more truthful today than it was in 2018. The bad news for the country now is that through this means, bad products, in terms of poor candidates, are unleashed on the citizens and the nation from which the electorate must choose one. Certainly, as I have predicted in the last few years, hopes are now finally lost for the nation.

The reality, as aptly captured by the INEC chairman, Professor Mahmood Yakubu, is that we are in a plutocracy now and not democracy. This starts from the lowest office to the highest. Conscienceless politicians have unleashed the dragons of money politics on the populace and the hungry and conscienceless populace has bought into it. Effectively, honest politicians have been shown the way out into complete exclusion from the process. Only people with access to wealth, largely illicit, can aspire to govern the nation now.

Be that as it may, the crux of our discussion is that the so-called delegates are treated as delicate materials before, as indicated earlier, as to their dependability. They are so much unstable that not until the deed is done, they are untrustworthy. They can be bought by one aspirant today and tomorrow they receive a higher bid from his opponents, they will immediately capitulate and sell themselves to the higher bidder. This then is a threat to the interest of the aspirants who must guard them jealousy. They are, therefore, delicate to the interests of the aspirants until they deliver the promised goods, which are votes. The most annoying situation is where more than thirty of them claim to have voted for an aspirant that secured only three votes in a primary election.

How does he know who actually voted for him and who did not whereas all of them collected money from him?

For such an aspirant, it is a case of the Yoruba aphorism af’ago keyin aparo, ohun oju n waloju n ri which literally means he who packs the fragile eggs of a partridge should be prepared to bear the consequence. For daring to participate in the game of the rich in their own currency, it is certain he must have believed in the nefarious practice of purchasing his way to power and could not have honestly intended to serve. The new dimension that now makes these delegates to be delicate to themselves is the fact that they are now being hit by the failed aspirants from whom they collected money without delivering votes at all or enough to secure the office for the aspirant. Any failure on the part of the aspirants attracts automatic retrieval of the amount parted with to the delegates earlier.

This now occurs at the risk to their lives as aspirants now deploy all means, including deadly ones,to recover their ‘investments’.  They themselves have, therefore, become delicate to themselves aside from being delicate to good governance. They are conspirators in the unfortunate situation we have found ourselves as a people as candidates thrown up by such delegates can never guarantee any development for the nation.

The ultimate for such candidate is to win and recoup his investments as he must be ready to buy votes in the general election as well. Should these delegates, therefore, not have a rethink in their own interests and that of the future generations by jettisoning the illicit practice for objective evaluation and voting for the right candidates? The consequences of this display of indiscretion will continue to range from unemployment, insecurity, poor infrastructure, derelict health facilities etc. All these further render these delegates more delicate to the system that is already in a dilapidated state.

The manifestation is the universities that have been shut down for failure to give quality education due to derelict infrastructure and poor service conditions imposed on lecturers by politicians who would rather pay themselves for rendering no service.

The effect is the army of unemployed youths thronging our streets ready to be employed in any dangerous and nefarious activity to make a living. The consequence is the loss of our brilliant ones to foreign lands in search of greener pastures. The bargain is the loss of lives on our roads and in our morbid infrastructures called hospitals. It is endless.

These delegates are delicate to our future as a carnivore that values its future, does not eat a pregnant prey. We await how the APC primary election will go on the 6th and 7th days of June, 2022. Most likely may turn out to be the worse, Who can tell? and as Americans’ put it, “you a’int see nothing yet! 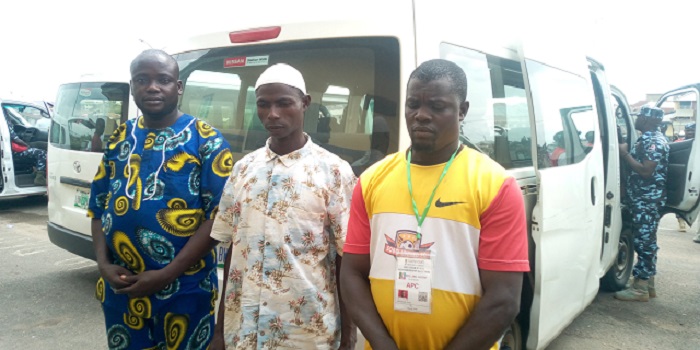 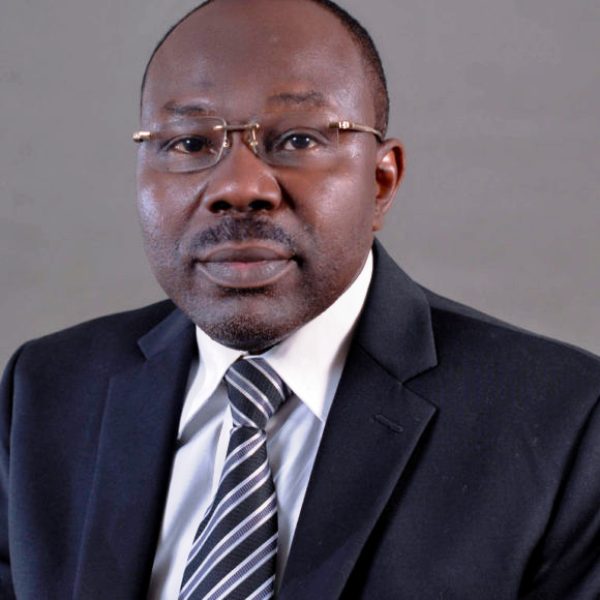 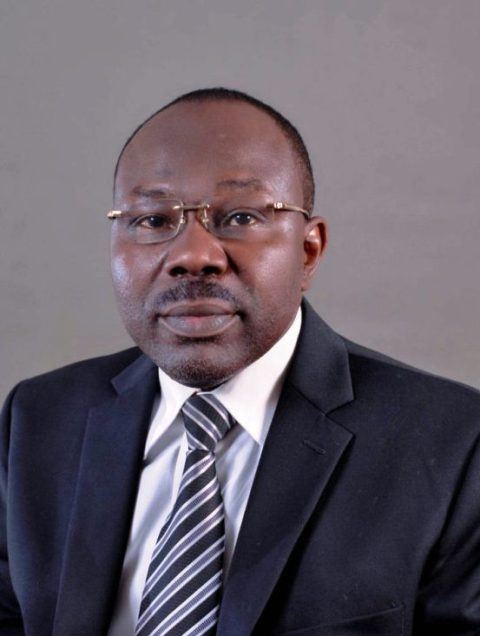 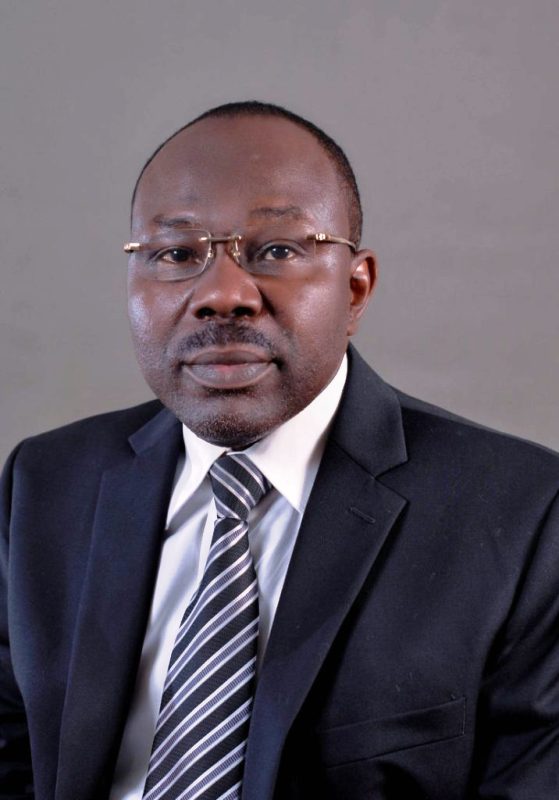