LOKOJA, Nigeria – The Kogi State government has challenged the 4,521 beneficiaries of the N-power program in the state to be prepared to offer dedicated service to communities where they will be posted to serve.

The N-Power programme was designed by the Federal Government to drastically reduce youth unemployment.
The focus is to provide our young graduates and non-graduates with the skills, tools and livelihood to enable them advance from unemployment to employment, entrepreneurship and innovation.

The first phase of N-Power will target Nigeria’s critical needs in education, agriculture, technology, creative, construction and artisanal industries. N-Power is also preparing Nigeria for a global outsourcing push where our young Nigerians can export their services to work on global projects that earn Nigeria, foreign exchange.

The Special Adviser to the Governor on Multilateral, Donor Agencies and Special Projects/ Focal Person on Social Investment Program, Mr Ibrahim Adoga, threw the challenge to the 4,521 beneficiaries in Lokoja.

According to him, a greater percentage of the beneficiaries would be posted to serve in rural areas. He warned that government would not hesitate to replace beneficiaries that are not willing to serve in villages across the state.

“Where we have people in excess of our requirements in the state capital and major towns, and we then post them to schools we feel there are needs and they reject such postings, we will compile such names and send to Abuja for replacement with qualified graduates resident in those rural communities who have applied for the Programme and are already on their waiting lists”, Adoga said.

He expressed optimism that the program would go a long way in addressing challenges of youth unemployment in the state and at the same time boost the quality of education, health and agricultural production in the state.

He explained that the government was working in partnership with the State Universal Basic Education Board (SUBEB), Kogi State Agricultural Development Project (ADP) and the Ministry of Health to ensure smooth deployment of the beneficiaries to their various place of assignment. He urged the beneficiaries to maximize the opportunity given to them by acquiring relevant job skills while the scheme lasts and also impact on the lives of the people.

Adoga noted that the essence of the N-power program was not for political patronage but to empower unemployed graduates with requisite job skills and at the same time address critical areas of needs especially in education, health and agriculture.

Adoga said adequate measures have been devised to ensure smooth deployment of the beneficiaries and effective monitoring in their places of assignment,saying that all mobilization must be actively supervised by the various local government administrators.

He said some members from the National Assembly, NOA officials, NYSC members and traditional rulers in the state will also be monitoring the deployment exercise to ensure overall success of the program. 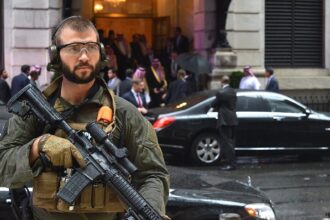