The 10 Kg pre-multiplication wheat seed varieties produced so far will be planted next season in 1,000m2 plots at the Azumbu farm research station in Jigawa. However, to ensure larger quantities of seeds as backup, a subset will be planted also during the rainy season in August

The report was unveiled during the third edition of the agribusiness stakeholders’ consultative forum, the Olam Agri Greenland Webinar Series that held virtually on Thursday, September 8, 2022. The report showed that the initiative achieved its first-year milestone of producing 10Kg of pre-multiplication wheat seed varieties that suit the unique local topography and climate.

Developing and cultivating wheat seed varieties that suit Nigeria’s unique topographic and climatic conditions, in addition to a wider engagement of smallholder farmers and adoption of modern agronomic practices, have been the bane of wheat production self-sufficiency in Nigeria. CFM seeks to address these challenges through the Seeds for the Future initiative, its signature N300 million wheat value chain development project that was launched in 2021.

On the project’s report, Ashish Pande, the Country Head for Olam Agri Nigeria, said, “We have made quite an impressive stride on the Seeds for the Future programme going by the first-year report. It is a journey. We will continue to inject human, financial, and technical resources into the programme to ensure we meet our targets and derive the best results in the years ahead.”

According to Pande, “There are challenges currently in the global food value chain. What this means is that we must look inward to ensure a consistent supply of food to feed our population by channeling investment into agriculture. At CFM and Olam Agri, we are committed to investing at the production level of the wheat value chain, in line with the Federal Government’s food security and agriculture development agenda.”

Unveiling the project report, Filippo Bassi, a professional seed breeder from the International Center for Agricultural Research in the Dry Areas (ICARDA) and consultant on the project, revealed, “The 10 Kg pre-multiplication wheat seed varieties produced so far will be planted next season in 1,000m2 plots at the Azumbu farm research station in Jigawa. However, to ensure larger quantities of seeds as backup, a subset will be planted also during the rainy season in August.”

As well, Dr. Kachalla Kyari Mala, the Principal Research Officer at the Lake Chad Research Institute (LCRI), who is the project lead researcher, said his team conducted a detailed survey into the agronomic practices of local smallholder farmers at the commencement of the project to understand the realities in the wheat value chain. He stated that the approach of combining data from multiple stations across the West African region helped the team identify and resolve bottlenecks in the value chain.

“The outcome of the first-year trial and testing of the seed varieties gives some assurance that the investment of Olam Agri will accelerate seed production while pre-release yields actual improvement in productivity in the country’s wheat farming belt,” Mala said.

Harping on factors necessary for achieving improved local wheat production self-sufficiency, Dr Zakari Turaki, the Director of Agricultural Research at LCRI, a panelist at the forum, mentioned strong partnerships and collaborative efforts between public institutions and private firms as key to raising the current level of the local wheat harvest. He added that the current partnership framework adopted for the execution of the Seeds for the Future programme is the best he has seen so far in the industry.

Another panelist, Alhaji Munir Babba Dan Agundi, the Chairman of the Agricultural Colleges and Institutions Committee of the Federal House of Representatives, called for policy consistency in the industry as well as synergy among critical stakeholders. He said focused legislation to back value chain development policies would ensure changes in government would not affect policies. 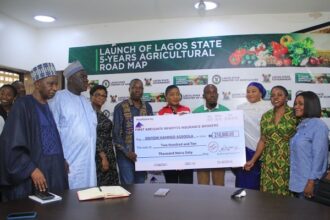 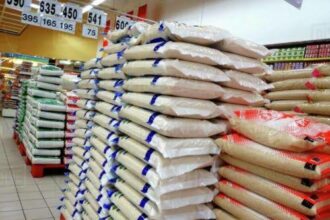 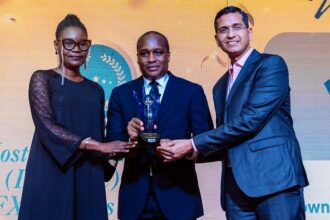