ABUJA – Nigeria’s U17 squad, Golden Eaglets will begin their preparations for this year’s Africa U17 Cup of Nations on Monday, after Head Coach Nduka Ugbade called 48 players to camp in Nigeria’s federal capital.

The invitees, which include most of the bunch that won the WAFU B U17 Championship in the Ghanaian city of Cape Coast last summer, have been told to report to Abuja on Friday, 20th January 2023.

The Africa U17 Cup of Nations has been scheduled for Algeria 8th – 30th April, from which the four top-placed teams will qualify to fly Africa’s flag at the FIFA U17 World Cup finals that will be staged in Peru 10th November – 2nd December.

ALL THE INVITED PLAYERS: 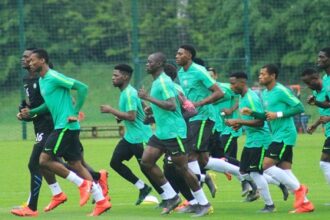