LAGOS, Nigeria The year 2022 has been an eventful one. As we close-out on all activities of the year and look forward to a new one, it is important that we begin to envisage what the new year portends and be better prepared.

The outgoing year has been marked with some remarkable incidences: President Muhammadu Buhari signed the Electoral Act 2022, the CBN issued a string of controversial announcements, the Nigerian government plans to wean off the subsidy regime starting next year, and 5G made it to Nigeria, however, rollouts have been slow.

These and many more are the highlights that shaped 2022, but in this article, we will be focusing on major events that have been projected to shape the country come 2023.

The upcoming general election in February 2023 will be Nigeria’s seventh democratic election. It has been recognized as one of the most significant electoral events in the country’s history of elections as there are more candidates contesting for the presidential seat with more Nigerians becoming politically aware and involved.

And in a historic move, Nigeria will be transmitting its election results electronically for the first time in the upcoming elections, as is contained in the Electoral Act 2022 that promises of a credible election. Political analysts have praised the signing of the Act, as it foretells of a more transparent electoral system, to allow for the smooth running of the country’s democratic processes. The outcome of the elections will in no small measure determine the extent of economic growth of the country.

The Central Bank of Nigeria (CBN) had announced plans to develop a National domestic card scheme which it expects to take off in January 2023. Among its reasons for the card scheme launch, the CBN listed financial inclusion, consumers’ data sovereignty and Enabling banks offer differentiated products and services.

The big question, however, is, does the CBN need to launch a domestic card to achieve these? Currently in Nigeria, there are existing local and international card schemes that are meeting these needs already. These card schemes notably Mastercard, Visa, Verve cards are enabling banks to offer enough differentiated products and services among other card payment benefits.

The Verve card particularly is a Nigerian home-grown domestic card scheme and one of Africa’s most successful indigenous payments cards. It has grown its value proposition and market base to be accepted in over 180 countries and issued in countries across Africa, providing secure and ubiquitous payment options.

Not only are these card schemes delivering on the goals of the proposed domestic card scheme, telecommunication operators, Payment Service Banks (PSBs), Fintechs, Commercial banks, and Microfinance banks are playing in this space to create a more financially inclusive, data secure and product differentiated payment ecosystem.

Another question the CBN will be forced to answer in the new year while launching its domestic card is the ethical question of fairness. Will the CBN be playing fair now that the regulator has also become a player? There has been widespread concern over the ethical disposition of this move. Experts believe the CBN will want to coerce the banks and even Nigerians (cardholders) to subscribe to the government-owned card.

CBN’s entry into the card business; experts project it will effectively crowd out competition and directly compete with homegrown card as well as other international card companies. They further suggest that instead of playing in the field, the apex bank should remain in its role as a regulator while providing institutional support for existing players, ensuring that they meet the set standards for the benefit of the domestic economy.  2023 will decide.

The World Bank adjusted its projection for Nigeria’s economic growth for 2023 from 3.3 percent to 3.2 percent. The global financial institution noted that the slow growth will be propped by an increase in private consumption, which will be driven by subsiding inflationary pressures.

2022 saw Nigeria record its highest inflation figure since 2005 at 21.15 percent. This inflation was majorly instigated by; disruptions of food distribution network resulting from insecurity, high importation costs, currency depreciation, and a bump in the cost of production.

As the new year unveils, keen expectations will be for the government through the CBN, to be more intentional about its fiscal and monetary policies and proffer business friendly initiatives that will help tackle the challenges affecting macroeconomic growth.

It’s the era of the 5th generation mobile network which sets to drive faster and enhanced communication. ofAs of June 2022, about 70 countries have deployed the 5G technology, with projections that more users will be onboarded. Earlier this year, Nigerians joined the list of 5G users after an auction process was announced by the National Communication Commission (NCC) for the 3.5GHz 5G spectrum.

With this, the NCC will enable licensed operators with existing infrastructure to provide 5G services to Nigerians, while providing a regulatory framework that will guide these providers of the 5G network on how to protect users.

Although the rollout is not as extensive yet, experts believe the technology holds a trove of benefits for Nigerians, both individuals and businesses. It is expected that the adoption of this technology will increase opportunities and throw up new businesses with the evolution of blockchain in 2023, which will determine just how much work needs to be done to ensure that advanced technologies are accessible to more Nigerians.

Growth in the Oil Sector

As Europe completely wane itself off the Russian energy and the promises the recently passed Petroleum Industry Act (PIA) holds, Nigeria poses as a more attractive destination for foreign direct investment for oil and gas.

The government has recently redesigned its security strategy along the Niger-Delta corridor to curb installation vandalization and oil theft. The new strategy of engaging the militants in addition to the military operations in the Niger-Delta is expected to increase the daily oil production from 1.22m b/d towards the OPEC stipulated 1.7m b/d.

The government has also speculated it will be removing oil subsidy from its spending in the new year.

Other growth indicators in the oil sector include the recent commercialisation of the government-owned National Petroleum Company-NNPC Ltd which will further liberalise the sector. The completed Dangote Refinery with its 650,000 b/d is expected to meet Nigeria’s fuel requirement, provided domestic oil prices are cost-effective and fuel imports are lowered.

With all these efficient components brought together; expected foreign investment, increased security, increased daily oil production, removal of oil subsidy and the take-off of the Dangote refinery- the oil sector is going to be a major contributor to the economy’s balance of payment.

The new year indeed looks viable, supposition is that the key players; government, businesses and individuals will take their roles assiduously and deliberately work towards making the new year a productive and prosperous one for all. 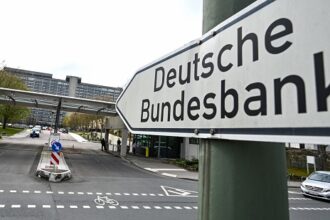 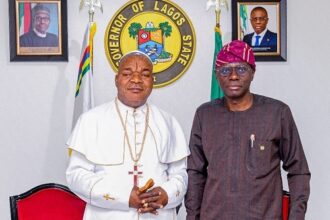 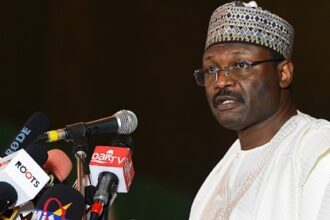 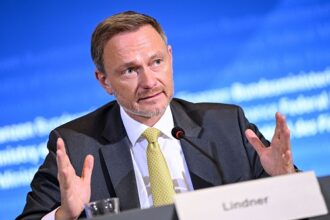