LAGOS – Nigeria now has multiple woes. A region plagued by avoidable afflictions. The narrative about essential issues affecting this great country is that they are all because of the failure of ‘past’ governments. This assertion is highly debatable.

The issue of flooding could be attributed to numerous challenges ranging from climate change, the Cameroon Dam, and the failure of government institutions. In September this year, the Nigerian government initiated a National Council on Climate Change with regards to the execution of the Climate Change Act of 2021.

It is obvious that the flooding situation is alike to that of some other nations of the globe. Even countries like the United States and Australia have been ravaged by flood this year.

The Lagdo Dam on the Benue River in Northern Cameroon was built between 1977 and 1982. This Dam was intended for both irrigation and electricity purposes. Nigeria and Cameroon have a bilateral agreement over the dam, which is mainly that Nigeria will construct a similar dam on its own side.

This dam is located in Dasin Village in Adawa State and has been under construction for almost 20 years. Nigeria failed its bit. The bilateral agreement obliges Cameroon to inform Nigeria earlier before it releases water from the Lagdo Dam. And they have regularly abided by this.

In early September, our Hydrological Services Agency announced that Cameroon was going to release water from the Lagdo Dam and that many states along Rivers Niger and Benue basins would be hit hard. But as usual, nobody deemed it requisite to do anything to prevent this ugly occurrence.

Before blames are compiled, it is important to note that we cannot even properly manage the dams within the country. When water is released from the Oyan Dam, parts of Ogun and Lagos State are affected. The thing is that, in as much as nature isn’t fair to man most times, Africa and underdeveloped countries generally, do not do enough of preventive measures. We live in the facade of fate.

In Nigeria, we have information on critical situations but nobody usually anything reasonable. Floods everywhere, lives lost, properties destroyed and yet we smile in the face of helplessness. Our response towards principal subjects needs to change for the better.

Another pinpoint is that we tend to always disregard certain environmental guidelines. Here, we don’t even bother to understand the disadvantages of some our actions. We dump refuse carelessly. Government agencies tasked with this regulation just look the other way after fattening their pockets. When this disaster presents itself, we sound like the boy who cried wolf.

It is worrying that these matter have been treated as minor by some of our leaders. They have become so used to deaths that lives don’t matter to them anymore. This agony also has a disastrous effect on food inflation. The government agencies on emergency administrations should do something significant instead of being silent.

Our leaders should be rational and sensitive enough to show empathy. They should all pause their political rallies and attend to citizens. Because it now looks like Nigerian citizens have been deserted by those meant to be responsible for them.

Most recently, the United States warned the Nigerian government of imminent terror attacks on Abuja and have respectively authorized departure status to American citizens and Embassy staff in the Federal Capital Territory.

The Minister of Information and Culture, Lai Mohammed has dismissed the terror alerts, stressing that Nigeria has been safer under the President Buhari Administration. Notwithstanding the fact that terrorist attacks have been recorded in Abuja this year. Nigerian lives are often treated flippantly by a government with the primary objective of security. What Politicians are concerned about right now are campaigns and vote soliciting.

Those contesting to lead Nigeria must communicate their ideas on Flooding, Insecurity, Climate change and Economic development because these are vices which have categorized our nation as a wilderness. We can’t continue in the same negative fashion in the future. 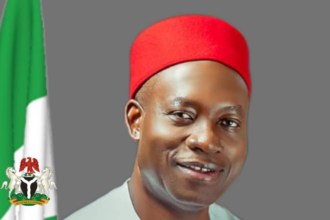