September 24, 2014 – Residents of Lagos State where on Wednesday empowered by Conference 57, the umbrella body of chairmen of the 20 Local Government Areas (LGA)sand 37 Local Council Development Areas(LCDA)s in the state.

Speaking at the event, Chairman of the Conference 57 chairmen, Hon. Sulaimon Akeem noted that poverty seems to have become a natural phenomenon in Nigeria adding that it has persisted even though successive government in Nigeria have made efforts to alleviate it.


He said the conference embarked on the exercise due to success of the first exercise which he said was carried out in August, 2014.

“We followed the material giving those that benefited from it, they actually used it for the purpose the items werer meant for as seen in the development of their business that have brought about economic improvement”, he said, noting that the program is in fulfillment of one of the promises made to alleviate poverty in Lagos and indeed Nigeria.

“You will agree with me, that sourcing for skilled labour from lesser developed countries around the world shows that given the right support, our people will help to develop human capital base , skill, resources and materials that can help to kick start small and medium scale business for the overall development of our society”, he said.

While presenting the items to beneficiary, Chairman of the All Progressive Congress(APC) in Lagos State, Otunba Henry Ajomale said the party is empowering women, men and many who are physically challenged as part of efforts to eradicate poverty from the land.

Ajomale who described the event as dividend of democracy said APC will eradicate poverty from Nigeria if it takes over power in 2015.
He said that the hairdressers would be entitled to a dryer and a generator, same with tailors and other beneficiary, describing the empowerment as a complete package.

He told beneficiaries to use the items since they are designed to lift them out of poverty, warning them never to sell them. “You may never have this opportunity again”, he warned.

Among the beneficiaries was Kazeem Waheed, a physically challenged tailor who described the gesture as very noble. 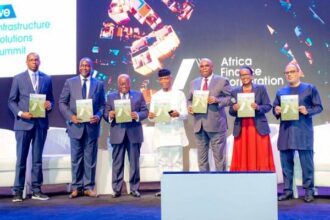