SHARE
Land earnings in Lagos State dropped by 19 percent to an all-time low of N8.4 billon in the last twelve months.

Permanent Secretary, Lands Bureau, Mr. Hakeem Muri-Okunla made the revelation while speaking at the annual ministerial press briefing in Lagos. He said officials of the ministry tried without success to to surpass N10.28 billion which was recorded in 2013.

He attributed the development to the global economic recession and constraints of limited land resources for sale to members of the public, which he said meant that the state is unable to turn out enough schemes for sales which would have assisted the state in meeting up with set target for the year.

He explained that the major changes between the recent Electronic Certificate of Occupancy( e-C of O) introduced by the state government and the former was the type of paper used in printing the new certificate.

“The paper used for the e-C of O was specially designed and made for the Lagos State Government by a world class renowned security paper expert and includes state-of-the-arts security features that makes it extremely difficult to clone or forge using current technology”, he said.

He explained that unlike the former, only one copy of the latest document is issued to land title holders while the land registry will only retain an electronic copy of the C of O. He said that since introduction of the certificate, the state government has ensured that at least 15 copies are published each month for land title holders.

He said a total sum of N1.63 billion was paid out as compensation to those whose land were acquired and revoked for over-riding public interest. The Permanent Secretary said that there has been a wide spread encroachment of state government land and warned members of the public to be weary of fraudulent acts of individuals, families and communities that engage in indiscriminate sale of government acquired land in the state. 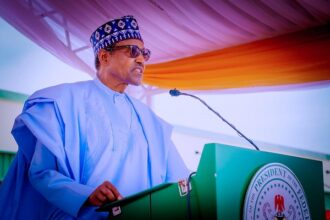