UAE – The Black Stars of Ghana on Thursday showed the classic stuff they were made of even when they remain the least rated team in the Qatar 2022 World Cup but they were just not good enough for Portugal that won the game 3-2.

However the game ended Nil for both side at half time.

The second half proved to be the most interesting  part of this tension soaked encounter with Ronaldo putting his side in the lead through a cheap penalty awarded by the referee in the 65th minutes.

Andrew Ayew drew parallel with Portugal in the 73rd minutes, making it 1-1.

Joao Felix took Portugal  ahead in the 78th minutes with assist from Bruno to make it 2-1. Two minutes later, Rafael Leao took the score line to 3-1.

Osman Bukari pull one goal back, putting scores at 3-2 in the 89 minutes. Ghana however missed a very cheap chance of equalizing when the Portugues keeper messed up in attempt to parry the ball but Ghana could not take advantage of the loose ball with keeper already beaten ending the encounter 3-2 in favour of Portugal. 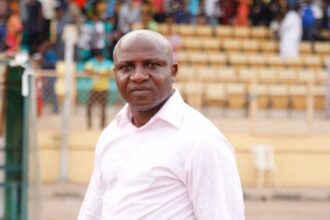