December 14, 2014 – President Goodluck Jonathan has directed the Ministry of Culture and Tourism to set up a National Hall of Fame in Abuja to honour all those who out of their creative genius had contributed to the growth and development of Nigeria and advancement of human civilization.

President Jonathan who made the revelation at the 33rd International annual convention of the Association of Nigeria Authors(ANA) at the University of Ibadan added that in pursuit of a greater Nigeria, the creative genius of those who have contributed to the development of Nigeria must be honoured and preserved.

“ I am therefore directing the Ministry of Culture and Tourism to establish in our nation’s capital, a National Hall of Fame, in honour of those, who out of their creative genius, had contributed to the growth and development of our country, and the advancement of human civilization”, he said.

The president said he has equally directed the Minister of Culture to work with ANA leadership to see how government can partner with the private sector to give added fillip to ANA Literary Prizes to further enhance its prestige.

“The prizes over the years have showcased budding talents who are now masters in different literary fields. You have to sustain that enviable tradition”, he told the writers.

He said his administration will continue to give due consideration to all ideas that can advance Nigeria’s civilisation.

“We will continue to support you and partner with you in this important dialogue on the role of creativity in our nationhood. It is indeed my hope that this convention will be the spark for a fruitful conversation on how we can work together to move our country forward”, he said.

The President said he felt it was important for him to be among the literary gurus because there will never be another ANA convention quite like this one, taking place in the very year of Nigeria’s centenary.

“Let me congratulate the organisers, the ANA National Exco, on the successful convening of this convention, surely one of the major milestones in our year-long celebrations of our centenary. Special commendation goes to the amiable Professor Remi Raji, National President of the Association of Nigerian Authors and one of the finest poets Nigeria has produced, for his leadership of ANA at this critical time in our history.

Ladies and gentlemen, I note that the theme of this year’s convention is: ‘Literatures, Languages and Diversities: How Has Nigeria Fared in the Last Hundred Years?’ Indeed, there has never been a better time to ask the question and to take stock on the journey so far. I commend the rich programme of events, including a play, book chats and even a city tour.

“ I thank the ANA President for his remarks at the Presidential Dinner for the Creative Industry, held in Lagos recently. It was heartening at that occasion to hear the ANA President articulate the mission of the Association since its founding in 1981 as one involving “productive creativity for national integration, engagement and development.”

“ I have always felt a particular closeness to the literary community, as indispensable partners in our quest to build a better society. Our writers have written the country’s name in lights all over the world. Some of the best-known Nigerians are writers; and they have won every international award going, including the Caine Prize for African Writing, the Orange Prize for Women’s Fiction and the most coveted, the Nobel Prize for Literature – won in 1986 by Professor Wole Soyinka.

“The late Professor Chinua Achebe, winner of the prestigious International Booker, gifted the world a book that will last for all time, when he published Things Fall Apart in 1958. It has been translated into over 50 languages, and is regularly voted one of the greatest novels ever written. It was in recognition of Professor Achebe’s monumental contribution to world literature that I was physically present at the literary giant’s funeral in his birthplace of Ogidi, Anambra State, last year”, he said. 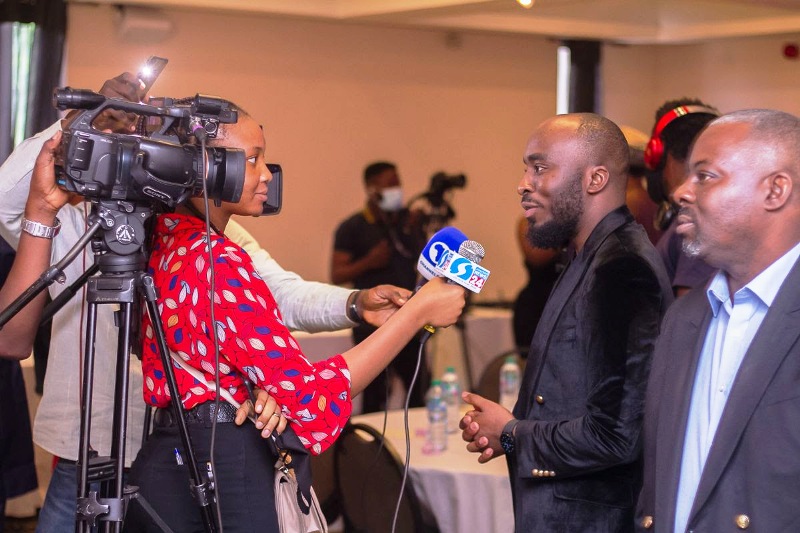