SHARE
The Nigerian National Petroleum Corporation(NNPC) says it is now approaching $39 to produce a barrel of crude oil. Head of Strategy Planning in the corporation, Mr. Jimoh Okon made the revelation Thursday when he appeared before the National Conference Committee on Power.

Okon said Nigeria currently exports 22 million tons of gas per annum from six trains. International gas demand, he said, stands at 992 million tons and that Nigeria is the fifth gas exporting country with about 7.5 per cent of the international market.

He expressed concern over the activities of itinerant crude oil refiners who degrade the environment and pointed out that there was no difference between stolen and legitimate crude. He hinted that crude oil traders are a veritable link between oil thieves and legitimate businessmen.

Stolen crude, according to him, goes through the creeks and such activities take place at night with the aid of small vessels that transfer crude into large ships anchored on international waters.

Okon lamented that the issue cannot be tackled in isolation (by Nigeria alone) because of its international dimension, and therefore called for international collaborative efforts that may involve the use of helicopters and gunboats on international waters.

He however offered, that to stem the twin evil of pipeline vandalism and crude oil theft, a dedicated pipeline protection unit as obtained in Russia must be in place.

The NNPC chieftain said there are six main creeks in which barges operate and suggested the procurement of six coastal vessels to effectively police those creeks. He added that the recent meeting between President Goodluck Jonathan and the US Assistant Secretary of Defence was part of government’s efforts to curtail crude oil theft.

He insisted that Nigeria was suffering from energy crisis because the country exports primary energy sources and imports processed Premium Motor Spirit (PMS).

For Nigeria to reach the level of South Africa, he said the nation needed to generate 50,000 megawatts as opposed to the current 4,000 megawatts. The Gas Master-plan by the federal government suffers a set back because international oil companies did not see Nigeria as a viable market, he said.

He spoke at length on the nation’s over reliance on its natural resources as income, especially oil and gas. Emphasis, according to him, should be more on the utilization of oil and gas at home as these constitute about 15 per cent of the nation’s GDP, even though it constitutes about 85 per cent of government revenue.

While suggesting ways that government can generate revenue, he warned of a situation where there is complete reliance on a product whose price cannot be determined or controlled locally.

He suggested the removal of subsidy on oil saying it was a two trillion naira drain on the nation’s resources. He also suggested that the production of 300,000 barrel of crude oil per day be differed; and advocated the payment of environmental sub-charge, inclusion of pipeline tax of about six naira into the cost of PMS, as well as the implementation of the five per cent road maintenance charge.

He stressed the need for the use of energy to create wealth for the people rather than as a means of rent collection. He doused fears about the possible non availability of kerosene in an event of subsidy removal and expressed firm belief that the product will be available. 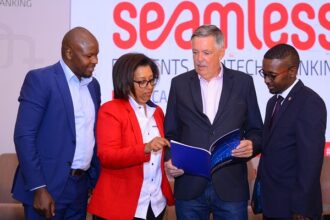