LAGOS, Nigeria – Weeks ago, Lagos witnessed another monumental building collapse, consuming no fewer than 47 lives. A 21-floor building under construction in Ikoyi collapsed like a house of cards. Consequent upon this, a lot of brickbats took place as to the possible causes as well as possible culprits in the events leading to the collapse.

This certainly was not the only building collapse in the state that was that fatalistic. There was that of Lekki Gardens a few years ago, among others. Of course, in the nation, one probably has lost count of such occurrences. In order to ascertain the factors responsible for the building collapse and identify the culprits, the governor of Lagos State set up a panel to unearth the ‘mystery’.

For some reasons, I have hitherto chosen not to comment on the issue in view of the fact that investigation is still ongoing, I presume, and in honour of the memories of those that lost their lives in the incident. May their gentle souls rest in peace.

However, on a second thought, I felt that the best way to honour their memories would be to contribute to the debate and the unveiling of the factors possibly responsible for building collapse; not only in this instance but other instances, so as to reduce, if not forestall, a recurrence.

In addition, after my attendance of the Lagos State real estate marketplace conference and exhibitions, I realized that, apart from being a stakeholder in the Nigerian project, I am indebted to my dear state as a stakeholder also. To this end, it became compelling for me not only to attend the panel’s session to render my version but to equally pen down my thoughts on the issue. It is in this connection that I chose to feature the subject matter in this column.

I know that practically all relevant stakeholders, at least in the built environment, know the causes of building collapse in Lagos State and Nigeria in general. At the least are factors such as the use of substandard materials, lack of supervision, lack of expertise, non-compliance with the approved building plans and institutional compromise.

My prayer and expectation are that those currently in charge of our physical planning will be more proactive or retroactive, where necessary. Too much has gone wrong in the area and radical reforms, not so much by way of rules, but compliance and enforcement of extant laws and rules, are crucial

The conversation here will not be restricted to Lagos State with the latest fatal incident but the country at large. However, I must not fail to register my view that more than half of the challenges of Lagos State could be attributed to bad physical planning. It is an area that I am not too sure that the state government has gotten right as the situation continues to degenerate. My prayer and expectation are that those currently in charge of our physical planning will be more proactive or retroactive, where necessary. Too much has gone wrong in the area and radical reforms, not so much by way of rules, but compliance and enforcement of extant laws and rules, are crucial.

There are so many laws in place in the statute books, aided by judicial decisions interpreting them, to regulate building activities in Nigeria. Failure to comply with standards and statutory stipulations has constituted a huge albatross. However, specifically focusing on a narrower area of our intervention right now, I believe that the first area that requires immediate attention in curbing building collapse is the standardization of building materials.

Therefore, it is imperative that we find solution to the proliferation of substandard building materials. I am aware that because of the astronomical cost of land, developers, at times, have to cut corners or compromise building materials to make their projects viable on return on investment, not minding the eventual danger to the occupiers of the structures being put in place already dilapidated from construction which the Yoruba derisively call ‘egeremiti’.

This is prevalent amongst commercial real estate developers whose interests hardly transcend the immediate gains, leaving the purchaser with future woes. I remember that in virtually all the joint venture property developments undertaken by my family for a tenure, always at the expiration of the tenure shall we be left any habitable structure.

We have always had to demolish handed-over structure as the buildings would have become derelict and dangerous for human habitation. But the developer would have recouped his investment at the expiration of the development agreement. He has no loss to suffer, having left us to a fate uncertain and too frightful to contemplate.

My thought, therefore, is that, in Lagos State, where the material testing laboratory exists, the agency can be saddled with the responsibility for the validation of the materials to be used in buildings of three floors and above. Undoubtedly, this could be overwhelming for the agency, as such, I will further suggest the accreditation of other private firms with similar capacity, upon certification from the Agency to partake.

This will enable easy coverage of the field. The Standards Organization of Nigeria (SON) and other relevant agencies in other States must wake up to the need for this certification of building materials. It is the foundation of all that is wrong with building developments in Nigeria. This certification of building materials is, in my view, the first step we need to take.  In order to ensure checks and balances, the agency or entity responsible for the processing and approval of building plans must not be allowed to participate in the monitoring, as this often compromises the supervision and creates confusion. It is not unusual to find two or more of these agencies of the government sealing a development site simultaneously. This is untidy. There must be harmony in governmental responsibility execution.

The next area commanding attention is the supervisory and monitoring responsibility. Even where the materials are genuine, the right mix and usage of the required materials needs to be assured. This is where the role of the building regulator becomes important.

In Lagos State, two agencies are crucially relevant to this task and they are the Lagos State Building Control Agency (LABSCA) and the Safety Commission. Hopefully, similar agencies exist in other States, if not, they need to be established as a matter of urgency. The Building Control Agency must ensure compliance with the approved plan during the construction period up to completion while the Safety Commission ensures that all safety protocols are complied with.

Again, there is no doubt that the task could be overwhelming for the bodies, and this is where delegation to accredited bodies with capacity comes to play. The agency can accredit firms and built professionals with relevant capacities and skills to assist in the delivery of the service. This, in my view, does not have cost implication for the government as the supervision fees is to be borne by the potential developer.

If anything, just like in case of the standardization of building materials, it creates more jobs and empowerment for the people. It is certainly a win-win situation for the government as it creates more employment with the multiplier effect of taming insecurity arising from unemployment, and also ensuring the fitness of developments.

With this in place, I believe the stake will be higher for everybody, knowing fully well that any dereliction in the discharge of their duties would lead to professional discipline of those involved and probable prosecution for crimes in the event that that complication of crimes exists. Also instructive is the need to grant autonomy to these agencies involved in the enforcement of compliance.

Experience has shown that in so far as they remain under a ministry rather than under the auspices of the governor, compromise is promoted. So many undue interventions occur from the parent ministry where, most times, the superior officers to the driver of the agencies reside.

For the purpose of Lagos, I say unequivocally that the Lagos State Building Control Agency and the Lagos State Safety Commission must directly report to the governor. This is a way to go, in addition to enhancing the personnel and logistic capacity of the agencies. 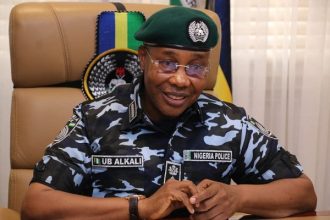 Police, land grabbers are after my life, Lagos engineer alleges 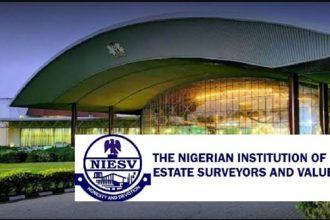 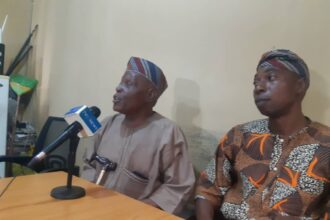 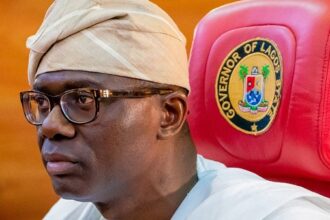