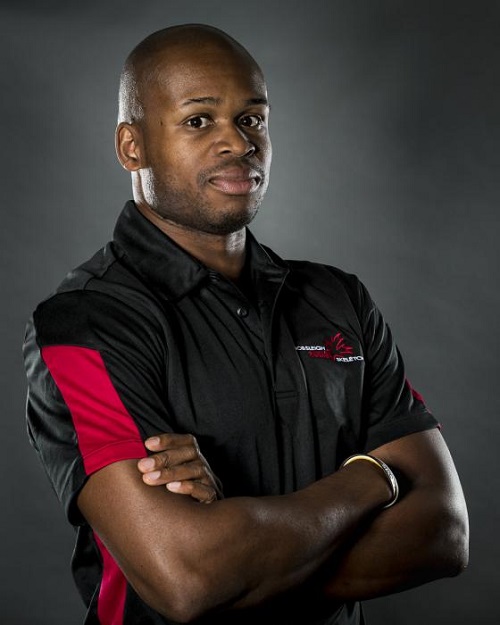 LUSANNE, Switzerland – The International Olympic Committee(IOC) has appointed four athletes into the Athlete’s Commission,(AC) to represent athletes voice in the Olympic movement.

The Olympians are Allyson Felix, Alistair Brownlee, Oluseyi Smith and Masomah Ali Zada . One of them, cyclist Masomah Ali Zada who was born in Afghanistan, is the first refugee athlete on any IOC commission.

The four athletes were appointed by IOC President Thomas Bach, in consultation with IOC AC Chair Emma Terho, and in accordance with IOC AC regulations, which are aimed at ensuring a balance between genders, regions and sports within the Commission.

They can each serve a term of up to eight years. With these additions, the IOC AC will consist of 14 women and 9 men.

“Athletes are at the very heart of the Olympic Movement, and it is therefore essential that their voices are heard within the IOC,” said President Bach. “Those voices must be as diverse as possible. The appointment of these four new members of the Athletes’ Commission complements the outstanding skills and experience of the Commission and ensures we have great representation across different sports and regions of the world. We look forward to working with each of them in the years ahead as they play a vital role in representing the interests of the global athlete community.”

Allyson Felix represented the USA in athletics at five editions of the Olympic Games, winning seven gold medals and a total of 11 Olympic medals. Last week, Felix – who is a member of the LA28 Organising Committee Athletes’ Commission – announced her retirement at the World Athletics Championships in Oregon (USA), and she leaves the sport as the most decorated female athlete in Olympic track and field history.

Alistair Brownlee competed for Great Britain in triathlon at three editions of the Olympic Games, winning gold medals at both London 2012 and Rio 2016. He has since served as a member of the Athletes’ Commission of the European Olympic Committees and on the Athlete Advisory Committee of the Birmingham 2022 Commonwealth Games.

Oluseyi Smith represented Canada at both the Summer and Winter Games, competing in the 4x100m athletics relay at London 2012 before switching to bobsleigh and finishing sixth in the four-man event at PyeongChang 2018. Oluseyi has served as Chair of the Canadian Olympic Committee’s Athletes’ Commission and also participated in the IOC Young Leaders programme – which saw him launch a project to help grassroots sports events in Canada become more sustainable.

Cyclist Masomah Ali Zada competed at the Olympic Games Tokyo 2020 as part of the IOC Refugee Olympic Team. Having faced severe challenges and disapproval for cycling competitively in her native Afghanistan, she was granted asylum in France in 2017, where she was able to train without fear. In 2019, Ali Zada addressed the International Sports Press Association (AIPS) Congress in Lausanne (Switzerland), talking about her efforts to promote cycling for women in her home country, and she is also studying civil engineering at university in Lille (France).

IOC AC Chair Emma Terho welcomed the four Olympians to the Commission, saying: “Together with my fellow Commission members, we are very much looking forward to working together with Allyson, Alistair, Oluseyi and Masomah. They will bring invaluable expertise and input to the Commission from athletes in their sports and regions, ensuring that we represent the voice of athletes around the world.”

The four Olympians will serve in the Commission alongside newly elected members Martin Fourcade (FRA) and Frida Hansdotter (SWE). These two athletes were elected by their peers during the Olympic Winter Games Beijing 2022, and also became IOC Members.

Amusan and Duplantis, two athletes that broke records at Oregon 22

45 candidates vie for positions in IAAF