You are all hooligans, Anambra education commissioner tells teachers 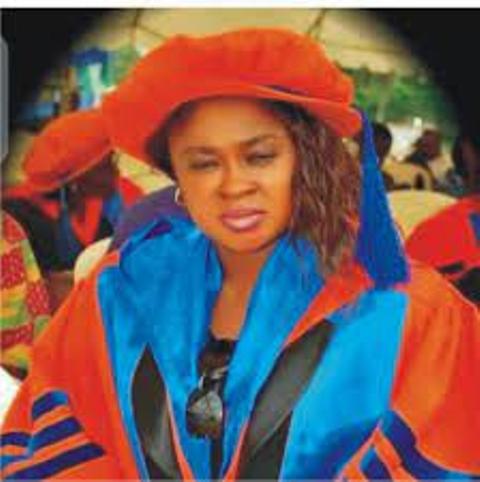 According to our reporter’s   findings , the commissioner was reacting to reports that there was a stampede in one of the examination centres where the recruitment exercise held, as applicants surged into the hall before others.

However, the commissioner had previously been accused of being rash and hash to applicants, and had on one occasion been credited for  saying that she answered 3,000 calls in one hour about the recruitment exercise and that she should not be disturbed by anybody, anymore.

In a voice note which had gone rival on social media, the commissioner while reacting to an unknown applicant who sat for the recruitment examination and was seeking information in a phone call to the commissioner . The commissioner dismissed and described her   as a hooligan and idiot who would have no place in the education sector.

In the voice note, the commissioner said, “Madam, you’re an idiot. You mean the computers are doing what? I received a report by 12 noon that you people refused to stand in line, you refused to be identified, you mobbed.

“You people were trying to get into the hall at the same time, you refused to be disciplined, and you have the effrontery, you stupid woman to call me on the phone and talk rubbish.

“I have nothing for you and I have nothing to say to you. We have already examined up to 1,400 candidates and …you are all hooligans. I hope you understand me, thank you.”

The commissioner’s outburst had elicited condemnations from the public. While some commentators said people like her should  be one of   the reason the Soludo’s administration may fail, others said she was not worthy of being a teacher herself, let alone supervise the recruitment of other teachers.

Jude Obiora, a community leader said, “Too uncouth and unbecoming of a public servant. She owes an apology to Anambra people. She goofed big time. A huge embarrassment to the government she serves.”

For Eze Onwuji, “The Hon. Commissioner apparently has a point which she could have driven home without the uncouth aspect in language use. Her anger went to the extreme in public domain. Managing any public is not easy.

For Emmanuel Ekene,” We may need to introduce ‘Anger Management’ as a course in the Universities. Anambra no dey get luck for commissioners for education. It’s a pity,  very uncouth and unprofessional”.

In his reaction, Paul Aniaso, said, “Her recommendation, support or approval of the sack of those 1,000 teachers employed by former governor Willie Obiano will hunt her for a long time. She wants to now bring in her own people. That is why she is attacking everybody as a defence mechanism.”

Meanwhile, the governor of Anambra state Prof .Charles Soludo said the commissioner has apologized for her inappropriate choice of words used in the said voice note.

Soludo in a statement  issued by his  press secretary Christian Aburime    said that commissioner as public officers, operating in the public space ought not   to have outburst rashly to the applicant . He said that his  administration is fully determined and committed to a seamless, transparent ongoing recruitment exercise for Anambra teachers.

“However, it is pertinent to reiterate that Governor Chukwuma Charles Soludo remains committed to the well being of Ndi Anambra and will not be distracted in availing deserving qualified teachers the opportunity to serve Anambra State and contribute in shaping the future of our children” he said.