LAGOS, Nigeria – Nobel Laureate, Wole Soyinka sits with Chude Jideonwo, host of #WithChude, to discuss surviving cancer, his position on gay rights in America, the Nigerian political landscape, and his journey through life.

Sharing his thoughts on the current ambience of gay and transgender rights in America, he said, “Only those who understand the full makeup of human beings should even attempt to pronounce negatively on the sexual orientation of anybody.

“Anybody who has absolutely pursued the whole science of hormones, the psychology involved in choice in human attraction. I will listen to only that person who wants to speak negatively about sexual orientation.”

“I believe that consenting adults should be left alone to do what they want as long as what they do and how they do it does not impinge on the rights of the rest of society and does not attempt to present their orientation as what should be the orientation of the rest of the world. Some of them go that far, and that is where they get into trouble with me,” he added.

Sharing Ake, the book about his childhood, he said, “Ake was one of the most difficult books that I have ever written, and at the same time I contradict myself by saying that it flowed very easily. It is difficult for the simple reason that I had to wait. I didn’t attempt to force it; I didn’t attempt to recollect anything. I had to wait because I tried a couple of times, I could not reenter the mind of a child. I just said let me leave it alone.”

He added, “In fact, it eventually took life, because what I wanted to write was the biography of my uncle, I.O. Ransome Kuti, Fela’s father, from whom I had learnt a lot. I even told him that when I came home, I was going to write a biography on him. And then by the time I came home, he died on me. After he died, I realized, through him, that I wanted to recapture the entire ambience of that period and what it was like for a child. After some years, I decided to write Ake. And it took quite a while to enter the mind of a child, to try to capture that sense of wonder I recollected and also try to find a language for it”.

Reacting to the speculation that he supported Buhari in the elections in 2015, he said, “In this country, many people need to find a guilty party for a problem of which they are part. I read that somewhere, somebody said that I should apologise to the nation for backing Buhari. I never, at any time, called on people to vote for Buhari.”

He added, “On voting day, I refused to vote on that day because I could not bring myself to vote for Buhari. However, in the end, the people chose him, and when he was there, I said, give him a chance, he has met the nation at just slightly below ground zero. I called him and said to him that I believed that he is a born-again democrat.

In the previous efforts he made, electioneering and all sorts. I believe he has learnt sufficient lesson to be called a born-again democrat. So, in an interview with BBC, when the lady was trying to ask me a question, I said, ‘leave him alone, he is a born-again democrat. Give him a chance’. And she asked, ‘what happens if he disappoints’. I said, ‘then, we go back to the barricades’. That section is never quoted because people do not want to go back to the barricade. They feel this is what they are supposed to do.”

On surviving cancer, he said, “one of my sons who happened to be a doctor will look at me and say, ‘you’ve disobeyed all the rules we learnt in medical school, how come? Everything people said we should teach against, you do.

“You don’t obey the rules’ and I said, ‘for me, I just listen to my body, if I feel something is wrong, whatever, I was doing recently which I can relate with, I stop it. I believe that one always has a choice about what one does, and one should anyway. If I am compelled to eat, I will like to have a choice about what I eat”.

Watch the excerpts from the interview here:  https://youtu.be/ynhhgx2RRiM 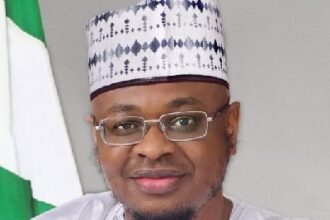 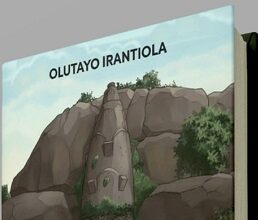