IKEJA, Lagos, Nigeria – Attorney General and Commissioner for Justice in Lagos state, Adeniji Kazeem, has stated that the Lagos State Domestic and Sexual Violence Response Team (DSVRT), received 3,089 reported cases in the last eight months, compared to 2017 when it handled a total of 1,044 cases.

The Attorney General of the state made this known at a press briefing to commemorate the Domestic and Sexual Violence awareness month which kicks off this September. Speaking at the briefing, Kazeem, who was represented by solicitor of the state and alternative chairman of DSVRT, Mrs. Funlola Odunlami, said the theme of this year’s activities is ‘Securing the Home Against Violence: Everyone’s Responsibility’.

‘By virtue of all these activities, we saw a renewed confidence in members of the public approaching formal institutions to report cases, which translated to an increase in reporting of these cases, improved handling of these cases by relevant law enforcement agencies and the governor’s commendation went a long way in encouraging and spurring responder agencies and corporate organisations to yet do more.’

To commemorate the sexual and domestic violence month, the team is set to organise a walk in Jakande Estate and Okota, to sensitise the residents on these ills and to enlighten survivors on the services available to them through the Lagos State Domestic and Sexual Violence Response Team, in terms of legal assistance, medical services, psycho-social support, empowerment and emergency assistance. The proposed date for the walk is Wednesday September 12 , 2018. 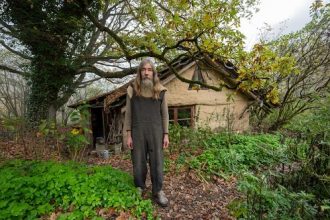