I have not seen one response that came to terms with the thrust of Soludo’s essay. Accordingly, I consider their common ground of Igbo betrayal of Igbo presidential candidacy nothing but political blackmail. This sentimental grievance deliberately refuses to put matters in context.

AWKA, Anambra, Nigeria – Numbers are of no consequence when self – evident truths are in focus. The issue between Professor Charles Soludo and Mr Peter Obi and his supporters is value – based.

The supposed multitude on Obi’s side, whether real or manipulated social media presence, is of no significance in determining the governance and democratic questions at the centre of their dispute.

To this end, the ceaseless screaming of the mob is a futile venture. And it does not matter if there are  misguided professors, political and business elite dancing to their orchestra. If it’s not fun for them, they labour in vain.

The judge knows too well not to allow the court to be detained by frivolities, gimmicks, red herring and other maneuvers intended to deflect the course of justice. Some evidence will be discarded for their worthlessness, some for seeking to mislead the court; some others degraded for their contradictions.

The terrible engagement tone of the “obidients” is too well known. Their capacity for hurling vituperation at perceived political opponents keeps rising by the day. No one was surprised at the abuses rained down on the Anambra State Governor from the moment his landmark essay “History Beckons” was released into public space. Notwithstanding the pseudo garb of commentary with which some of the reactions were adorned, they proved a waste of reading time.

I have not seen one response that came to terms with the thrust of Soludo’s essay. Accordingly, I consider their common ground of Igbo betrayal of Igbo presidential candidacy nothing but political blackmail. This sentimental grievance deliberately refuses to put matters in context.

The genesis of this face – off is the controversial achievements claimed by the Labour Party presidential candidate while he served as Governor of Anambra State. Some of these claims have subsisting application to Anambra’s economic development. Notably, the investment of N1.4b by the Obi administration in Intafact Beverages naturally spurs interest about the state of Anambra’s economic fortunes.  References to this investment as financial security provided for the State  as the Labour Party campaign severally emphasized, inevitably creates expectations of dividend boom and greater service delivery from the State Government.

Professor Charles Soludo was discharging his duties to the people of Anambra State by clarifying issues on the above – stated subject. His comments served the purposes of information and accountability which he owes the citizens. If his remarks put anyone in a tight spot, it’s no fault of the Governor. The implied proposal that anything that threatens the Igbo presidential race should give way to the latter is most unfortunate. The inherent desperation in the suggestion is appalling. It’s a contradiction of huge proportions to be undermining good governance and at the same time claim to be fighting for political justice for the Igbo or for a new Nigeria.

There was a lesson to be learnt from the Obiano administration’s experience in the contentious March 2014 handover notes. It took the immediate past administration 20 months to present it’s findings, which disputed many items in the handover papers. That was enough time for the incorrect entries to sink into public consciousness. And that impression of an Eldorado heritage still persists in some quarters. But with Soludo’s early and firm definition of the low worth of the investment, there is no room for later privatisation of this subject.

It is frightening to contemplate the absolutism behind the “obidients” push for Presidency. Every Igbo man must queue up! There’s only one presidential candidate at this time! We don’t want to hear about your party! If you’re not with us, you’re a traitor! You’re an accomplice in the wrecking of Nigeria! I never in my wildest imagination ever thought this totalitarian scenario was possible in twenty – first century Igbo society. And the tragedy is that it’s not just a social media thing. Educated, middle class Igbo are getting infected. The climate of intimidation is fanned by some clerics. This is the invasion of Igbo republican spirit Soludo brilliantly hit in his essay.

By this medieval prescription, you hear nothing and say nothing untoward about the ordained presidential candidate. You are warned that any uncomplimentary remarks demarkets the candidate and will not be tolerated. The anointed candidate is not to be interrogated, scrutinized or tasked on the requirements of the exalted office. To hell with the time – tested traditions of participatory democracy!

Yet, unknown to them, the chief priests of regimentation inadvertently raised their hands for individual freedom and democratic rights. They circulated with impish pleasure the reported dissent of a son from his father’s political position. A son has the right to differ from the father but the rest of Ndi Igbo who subscribe to alternative political choices have no such right. They are being taunted of envy, jealousy and nursing the ambition to supplant their brother. Chinweizu would have said of this bizarre drama: “Something schizophrenic is going on.”

The enforcers of this one – party garrison do great disservice to Peter Obi’s place in history. Mr Obi stands out as one of the greatest beneficiaries of democratic struggle. When he approached the tribunal in November 2003 to retrieve his  governorship mandate, Dr Chris Ngige’s popularity was already on the ascent. The very talk of reviewing the election result was anathema to many ears. Then as in the present presidential hysteria, reason took flight. The APGA candidate was declared an enemy of Anambra State in many quarters. How could any sane mind seek to abort the liberation of Anambra State gallantly being driven by Ngige? Priests and pastors fixated with the short term view, called on Obi to jettison his election petition. A few of us said no and stood by him till the very end. We were called names for standing up for justice.

The same test of democratic principle is at play today. I heave a sigh of relief at the exception of the Louis Odions. His and other unknown commentaries that defied the Soludo – bashing virus must be applauded.

It takes uncommon vision and guts to reclaim the democratic space as Soludo has done. His bold intervention promises to bring life back to political contests in this part of the country. But ultimately, it provides powerful reference point for future attempts against free society. As the oft – quoted maxim says, politicians think of the next election but statesmen think of the next generation. 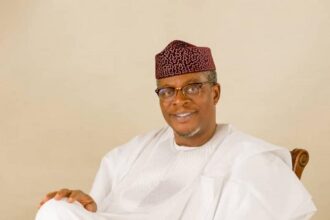