AWKA, Anambra, Nigeria -The Chairman  of United Nigeria Airlines, Prof Obiora Okonkwo has called on  media professionals to eschew partisanship and bias in their reportages .

Obiora made the call while  delivering  a Lecture at the 2022 Symptom of the Correspondents Chapel of the Nigerian Union of Journalists, Anambra state Council on Thursday in Awka.

The theme of the symposium is tilted:”The Role of the Media in Guaranteeing the Sanctity of the Electoral Process in Nigeria” .

“As journalists and professionals we are trained to be fair and report all sides without bias and I thank our journalists for upholding the ethics of their profession” he said.

According to him, a core  journalist should  shun all kinds of material inducement by  politicians .Obiora who is the DG of Atiku /Okowa campaign in Anambra state said  that some journalists are being deceived by  promises of political appointments, and they choose to do the wrong things at covering  political event  with a bias.

According to him, journalists should be promoting democratic norms and values by facilitating a transparent, free, fair and peaceful elections  through  unbiased reportages.

He said journalists must stop  propagating hate speech and increasingly fake news going on in the country. Obiora said fostering a culture of civility  by journalists will help to  douse tension and reduce prospects of violence.

He also urged journalists to scrutinize the candidates- their backgrounds, campaign promises, and antecedents  from previous offices held.  He however lamented over what he described as the plethora of attacks on Nigerians for supporting Presidential candidates of their choice.

According to him, there is need for the respect for  every Nigerian’s views and political interests.

“I remember that when late Dr Nnamdi Azikiwe was in Nigerian People’s Party NCNC my own Uncle was in Action Group AG and heavens didn’t fall.

“We also had the era of  NPN and NPP and we also got to a situation where by at the end we had an accord with the NPN and we produced the Speaker House of Representatives.”

Okonkwo however noted that Nigerians should endeavor to respect the views and positions of others in the interest of the unity of the country.

Also speaking the Commissioner for Information,  Anambra State, Sir Paul Nwosu noted that the country is one and cannot be threatened by the activities of those he described as people who have the Hitler Mob mentality adding that journalist should not fall pray to that.

“It is not in our character to subjugate the wished and aspirations of other Nigerian people because of your support for a certain candidate and to us journalists we must be fair and credible in our reportage ” he said .

Chairman Correspondents Chapel Chief Chucks Ilozue described the symposium as one targeted at sharing ideas for the good of the society. 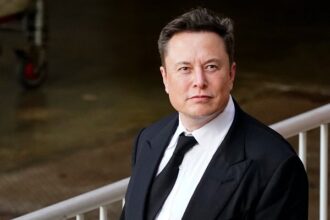