July 8, 2014 – President of Music Label Owners & Recording Industries Association of Nigeria, (MORAN), Hon. John Udegbulam has said that the Copyright Society of Nigeria(COSON) has brought thousands of musicians together contrary to insinuations in some quarters.

Udegbulam who was reacting to allegations made by Chairman Musical Copyright Society of Nigeria (MCSN), Mr. Orits Wiliki that there is fraud in COSON said the society has achieved what Wiliki failed to achieve with MCSN.

Below is the full text of Udegbulam’s litany of unsubstantiated allegations against Wiliki.

Reggae musician Orits Wiliki was recently reported in several places to have alleged that there is fraud in COSON. Anyone familiar with the issues can understand Mr. Wiliki’s frustration, disenchantment and despondency and why he has resorted to throwing pebbles at COSON, easily the most active, professional, transparent, accountable and stable organization in the history of the creative industry in Nigeria. The facts are clear that in four short years, COSON has brought thousands together, spread its tentacles across Nigeria and across the world and achieved what Orits Wiliki with his divisiveness and never ending complaints and accusations could not do in 17 years of spineless leadership. From music icons like Ebenezer Obey, Victor Uwaifo, Dan Maraya Jos; wave makers such as 2Face Idibia, Banky W, Iyanya and the new stars like Chidinma, Olamide, Whizkid, Dammy Krane, they can all be found in COSON. Almost every major record label in Nigeria is affiliated to COSON. And so Wiliki is whining!

For about 17 unbroken years, Orits Wiliki, as chairman of Mayo Ayilaran’s hate group known as MCSN has deceived and misled a significant number of people in the music industry and the media with repeated boasting, chest thumping and promises none of which he has kept. While others have been working to bring people together to pursue a common cause, Orits Wiliki and his group have engaged in a never ending campaign of calumny that has sown hatred, broken friendships and created divisions. In their campaign, everybody is a thief apart from them; everybody is corrupt apart from them and nobody has good intentions apart from them.

Mr. Wiliki who likes to posture as a democrat became Chairman of MCSN at about the time that Bill Clinton was president of the United States, Boris Yeltsin was president of Russia, John Major was prime minister of Britain and Sani Abacha was Head of State in Nigeria. Orits Wiliki is still Chairman of MCSN with no known election and no accomplishment. At the moment, six officials of his MCSN, misled by Wiliki, are facing different criminal charges at various courts in Nigeria.

For many years Orits Wiliki and his gang denied the music industry the unity and cohesion required to effectively deal with the massive abuse of the rights of stakeholders. Every attempt to find common ground with Wiliki and his cohorts was rebuffed. In the meantime, the music industry haemorrhaged and stakeholders continued to lose huge sums of money. With the emergence of COSON, the music industry in Nigeria has moved on with Mr. Wiliki and his MCSN consigned to irrelevance. Wiliki is now whining! When will he have the humility to apologise to the many people he has misled?
It will be recalled that Wiliki thumped his chest that the different groups across the country who came together to form COSON would never work together. He has been proved wrong. Thereafter, he and his gang fought tooth and nail to stop COSON from being incorporated by the CAC. COSON was incorporated. They thumped their chest that COSON would never be approved by the NCC. They were clearly in shock when COSON was approved by the NCC under the leadership of Prof. Adebambo Adewopo who they had previously advertised as their friend.

Wiliki & co. boasted that the approval would not stand. With a band of rabble rousers, Wiliki organized a series of noisy demonstrations in Abuja making all kinds of allegations and accusations against COSON and officers of the NCC. On different occasions, they were invited by the Attorney-General of the Federation to substantiate their allegations but Wiliki & co. could provide no proof. They failed woefully and the COSON approval has stood.

When COSON sought the membership of CISAC, the international organization, Wiliki & co. sent letters around the world and vehemently opposed it. To their chagrin, COSON was admitted into the membership of CISAC. When COSON sought to enter into a reciprocal representation agreement with PRS for Music of the UK, Wiliki and friends were up in arms. Today COSON does not just have a reciprocal agreement with PRS for Music of the UK, COSON has signed multiple reciprocal agreements mandating it to represent the music repertoire of about 100 collective management organizations in every continent in the world including the entire US music repertoire and the music repertoires of such countries as South Africa, Kenya, Malawi, Benin, Togo, France, Germany, Sweden, Norway, Denmark, Japan, Jamaica, Brazil, Finland, China, Australia, Netherlands, Hong Kong, Cuba, Canada, India, Spain, Argentina, etc., etc. In other words, COSON represents practically the entire world music in Nigeria and by these agreements the music of Nigerian artistes is now administered across the world by COSON partner CMOs.

Two years ago when COSON announced the decision to distribute for the first time in Nigerian history the sum of one hundred million naira collected on behalf of music copyright owners to those owners, Wiliki & co swore that the distribution would never take place. They took every step to disrupt it. Once again, they failed and the historic distribution took place without a hitch. Other distributions have followed.

Orits Wiliki and his gang also took every step to stop COSON from signing an agreement that would compel the hotel industry in Nigeria to pay royalties for the music deployed in hotels across Nigeria. Once again, Orits Wiliki failed. The agreement was signed and is being enforced.
During the recent COSON and the Nigerian broadcast industry disagreement over music copyright royalty payments, Orits Wiliki and his minions were everywhere shamefully scheming to thwart the negotiation process that would liberate musicians all over Nigeria. For the umpteenth time, Orits Wiliki did not just fail, he was treated with ignominy. Today, the music industry has a historic agreement with the broadcast industry in Nigeria.

Orits Wiliki is kind of lost. It appears that MCSN was his only survival plan. The plan is not working and he has no Plan B. Orits is desperate. A number of those who thought he had something to offer have seen him for what he is and have left him and moved on. He badly needs redemption and must search within himself for the character flaw behind his cascade of failures.

His repeated attempt to discredit the Chairman of COSON directly or through his few remaining hirelings however will not give him the redemption he seeks. Apart from building COSON which is now a proud Nigerian institution, Chief Tony Okoroji’s service to the Nigerian music industry and his achievements are well documented. The thousands who have read his books and followed his many widely published works in newspapers and journals across the world will testify that his scholarship is unassailable. His unmatched vision and leadership on intellectual property issues across the continent have been celebrated both at home and abroad. Nothing Orits Wiliki and his hirelings do can change these facts.

Orits Wiliki’s family and friends may remind him that a man who lives in a glass house should not throw stones. 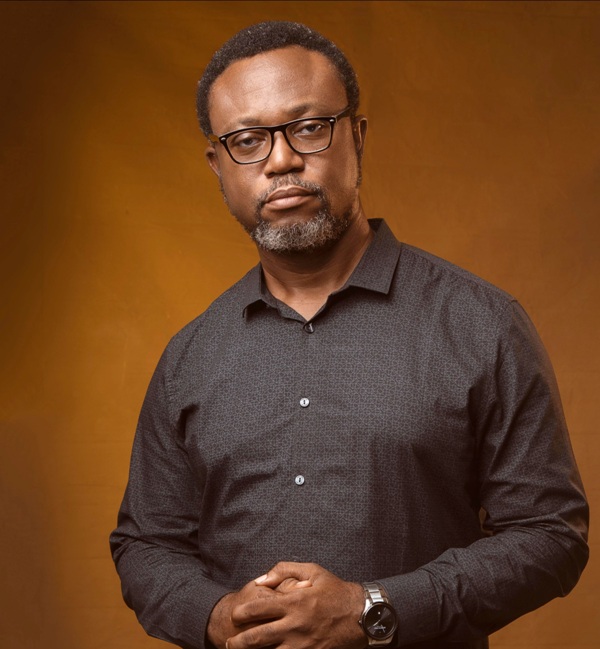 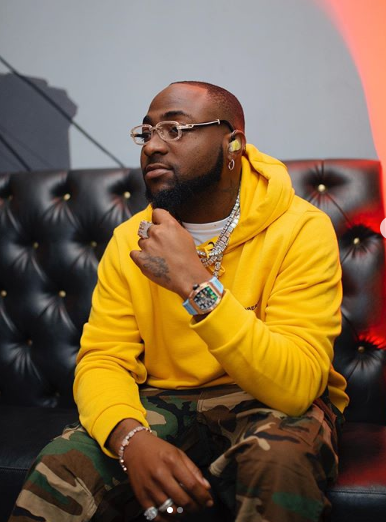