MUNICH, Germany – The first Bavarian dioceses have announced that they will implement the new labour law adopted by the German Catholic Church to end discrimination on the basis of sexuality, LGBTQ.

Catholic bishops of the 27 dioceses in Germany agreed on the amendment on Tuesday after months of discussion. The archdiocese of Munich and Freising will implement it soon, a spokesperson said on Wednesday upon request.

In the archdiocese of Bamberg, which currently has no archbishop, the introduction of the new rules is being prepared. The diocese of Würzburg wants to implement it at the beginning of the new year, a spokesperson said.

The decision comes almost one year after 125 employees of the Catholic Church came out as queer in an unprecedented action and demanded an end to discrimination under the Church’s labour law.

Up to now, it could cost employees their jobs if, for example, they revealed a same-sex partnership or if they remarried after a divorce.

The new basic working principle will reform the labour law for 800,000 employees of the Catholic Church and the Catholic charity Caritas. For it to become legally binding, Germany’s 27 dioceses have to officially adopt it.

German president: ‘We must not tolerate’ growing anti-Semitism 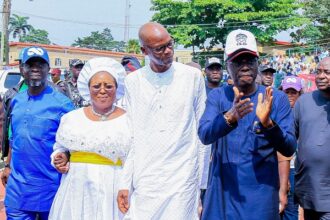 Sanwo-Olu calls for divine intervention ahead of 2023 general election