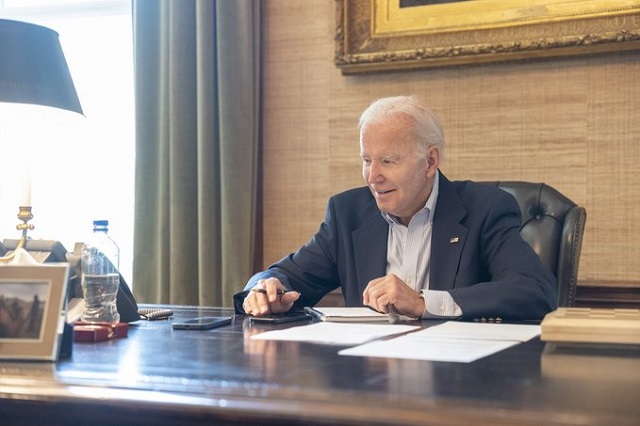 WASHINTON, United States – The Whitehouse has announced that President Joe Biden of the United States has tested positive to the Coronavirus pandemic.

Physician to the President, Kevin C. O’Connor who made the announcement said the virus was detected during the routine screening programme for the president.

According to him, “the SARS-CoV-2 was detected by antigen testing, adding that the result was subsequently  confirmed via Polymerase Chain Reaction, PCR testing.

According to him, given that he meets US Food and Drug (FDA) Emergency Use Authorisation(EUA),  criteria for PAXLOVID, “I have initiated such treatment”.

He said President Biden is fully vaccinated and twice boosted.  “So, I anticipate that he will respond favourably, as most maximally protected  patients do”.

He explained that early use of PAXLOVID in this case provides additional protection  against severe disease.

President Biden, he said is now on isolation in accordance with Centre for Disease Control, CDC recommendation.