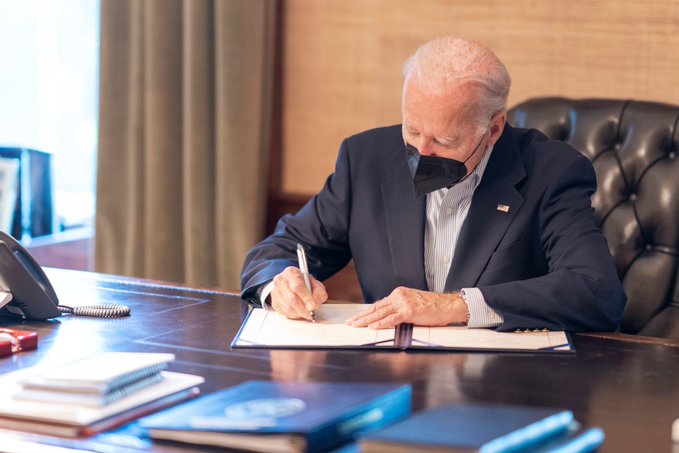 He said the president responded to acetaminophen (TYLENOL) and that his temperature has nomalised since then.

He added that the president who tested positive to the Coronavirus pandemic yesterday has made improvement in terms of symptoms and that President Biden  completed his first full day of PAXLOVID last night.

“His voice is deeper this morning . His pulse, blood pressure, respiratory rate and oxygen saturation  remain entirely normal on room air”, he explained and that the President is tolerating treatment well.

“We will continue PAXLOVID as planned. His symptoms will be treated supportively with oral rehydration,  acetaminophen(TYLENOL) and the albuterol inhaler that he uses as needed”.

According to him, his apixaban, (ELIQUIS) and rosuvastatin (Crestor) are being held during PAXLOVID treatment and for several days after his last dose.  He explained that during this time, it is reasonable to add low doses of aspirin as an alternative  type of blood thinner.

Continuing, Physician to the president explained that the President is fully vaccinated and double boosted. “So I anticipate that he will respond favourably as most maximally protected patients do”, assuring that “there is nothing in the course of his illness  thus far which gives me cause to alter the initial expectation”, he said.

The doctor noted that earlier use of  PAXLOVID provided additional protection  against severe disease.