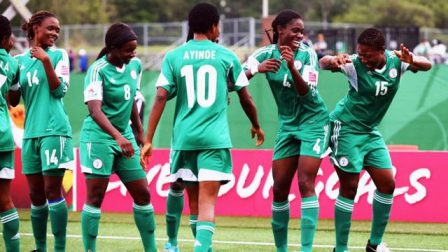 LAGOS, Nigeria – Nine-time African champions Nigeria will take on the Senior Women National Team of Japan in a prestige international friendly match at the Noevir Stadium, Kobe on Thursday, 6th October this year.

The date falls within one of the FIFA Women International Windows for this year. Nadeshiko Japan, which is the alias of the Women National Team of Japan, are rated 13th in the world, while the Super Falcons are 39th.

Both teams have clashed only once at competitive level – at the 2004 Olympic Women’s Football Tournament. Nadeshiko pipped the Falcons 1-0 at the Karaiskakis Stadium in Piraeus on 14th August 2004.

The Super Falcons are perennial champions of the African continent and have participated at every FIFA Women’s World Cup since the competition began in 1991, reaching the quarter finals in 1999.