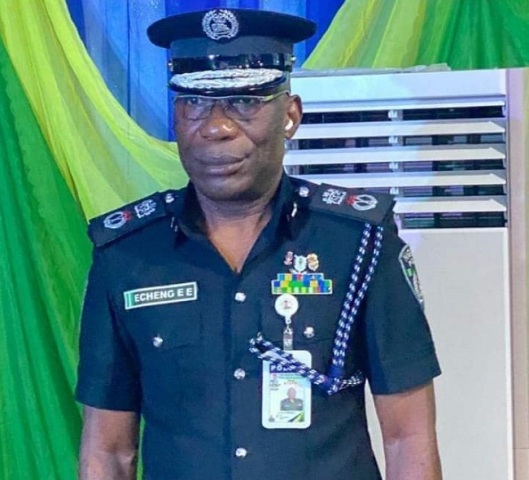 ONITSHA, Anambra – Mrs. Ebere Okonkwo, the widow of late 48 years old Motorcyclist, Dubem  Okonkwo has  alleged that  policemen were  paid  to kill her husband in detention.

The widow of the motorcyclist  said in Awka Anambra State capital that  her husband who is the family breadwinner  was murdered at Awkuzu police cell in Oyi local government of Anambra State by members of the Nigeria police without committing any offence .

” I am suspecting that someone paid the police to kill my husband ” she lamented.

Dubem was a member of the Tricycle Owners Association of Nigeria (TOAN) Awka branch and  was  arrested by  police on March  2022.

According to Mrs. Ebere Okonkwo her husband   went missing at Awkuzu police cell after being paraded by the Anambra State Commissioner of Police Echeng Echeng on 15th April 2022 at Police  headquarters, Amawabia, Awka South .

She said , she is asking  for justice over the murder of her husband in the police cell.

She wants the  President Muhammadu Buhari, Inspector-General of Police, Women Affairs Minister, and well meaning Nigerians to intervene for the family to get justice .

The widow however recounted how she searched for her husband, Dubem, who was arrested and paraded alongside other suspects by the Commissioner of Police, Echeng Echeng at the Command Headquarters in Awka on 15th April .

According to the mother of one, the police picked up her husband at Unizik Junction Park, and the CP refused to tell the family or his association his offence till he  was murdered by the police  .

“Why did the police kill my husband in cold blood? I am suspecting that someone paid the police to kill him. Let us assume that he committed any crime, was it right to kill him in the cell without being taken to court and condemned by the court?” she asked

According to the mother of one, her husband was “killed extra-judicially without trial and this must stop”,

“My husband  must not die in vain. We visited Anambra State Commissioner of Police Mr. Echeng Echeng; Anambra State Police Public Relations Officer, Mr. Tochukwu Ikenga and Police formations across the state and no one was able to say the offence that my 48-year-old husband committed.”

“Now that they have assassinated him in the cell. The police will now look for a crime to hang on his neck. But even if he committed any crime, was it right to kill him without taking him to the court?”

She, therefore, demanded: “I need justice. And every Nigerian must stand with me in this fight for justice. I demand an explanation for the death of my husband. Why was he murdered?”

“That is why I am crying to the President Muhammadu Buhari, Inspector-General of Police, Women Affairs Minister, and well meaning Nigerians, to prevail on CP Echeng  Echeng  to bring the policemen and those who paid them to murder him to book.”

She also  called on Buhari and the IGP to prevail on the Anambra  CP to allow her take her husband’s body and give him a befitting burial as demanded by Igbo culture and tradition .

The spokesman of the Anambra state police DSP Tochukwu Ikenga told our reporter  that the man’s case is  with the commissioner of police.

According to him, he was paraded by the commissioner of police himself on 25th April and the investigation is still ongoing. However, he could not confirm Okonkwo’s offence to our reporter   and also could also not say whether he is alive or dead.

He also said  that it is only the commissioner that can give further clearance on the matter. Meanwhile, the efforts to reach the police commissioners to react proved abortive as all the calls and messages sent were not replied.

However , in text message he promised to call latter but never called by the time of filling the story. When our reporter called back to get his response  he phone was not going through.

We will not attack northerners, non-indigenes in Biafaraland, IPOB assures

ACN CAUTIONS ON EXPULSION OF AMEACHI BY RIVERS PDP