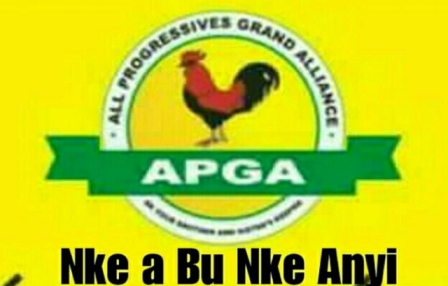 This is the zone where the immediate past governor of Anambra state Chief Willie Obiano’s wife Eberechukwu Obiano is contesting senatorial seat on the platform of APGA.

Our reporter reliably gathered that the party suspended the election  due to  insecurity in Aguluri,  Anambra East local government.

Our investigation also revealed that  Aguleri youths storm Anambra East LG headquarters and chased away Primus Odili from the venue of the Anambra North Senatorial primaries. During the attack, Odili’s  security details had to shot at the air to whisk him away.

At exactly 7:30 am on Saturday at  the Otuocha round about ,suspected thugs had taken over area. The thugs were suspected to have been  imported in the area to disrupt the primary election.

By the time delegates arrived  the venue for the primary election, the Committee charged with the responsibility of conducting the primary election were still in Awka Anambra capital when information got to them that the security situation in the area has worsened.

It took the intervention of the Otuocha Divisional Police Officer who deployed officers and men to major flash points in the area and took on  the thugs and recovered arms , matchers and clubs.

We gathered that the election would likely take place some day next week as the Monday sit at home may not be proper for the conduct of the election.

Also APGA members and delegates for the primary election also urged the National Chairman of the party Ozo Victor Oye not to allow enemies of the party from the opposition to disrupt the peace and harmony in the party.

They accused the opposition parties in the state of plotting to ensure that APGA does not field any candidate in the coming general election. At the moment a new date and venue for the primary election is being expected while security have further been beefed up in the area.

However ,  feelers are that the election may take place in Awka for security reasons.

Lagos Confirms ‘No Sanitation’ for Saturday