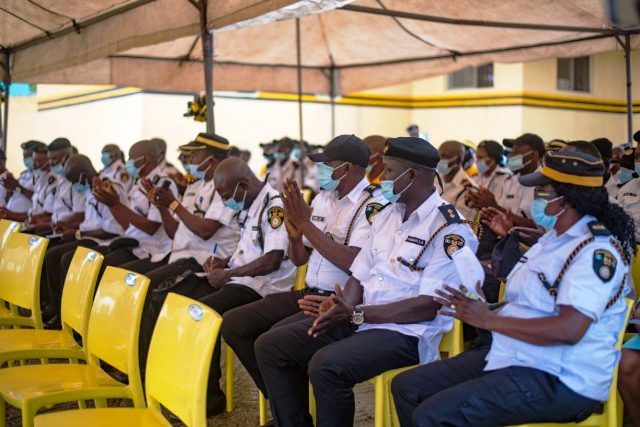 WARRI, Delta State, Nigeria – Court of Appeal sitting in Delta State has ruled that Certificate of Road Worthiness, which has been made compulsory for private and commercial vehicles all over the federation was actually not meant for private vehicles based on the enabling law.

Justice Joseph Eyo Ekanem, who delivered the lead judgment in the case cited as The Governor of Delta State of Nigeria,  2 Ors  and Olakunle Ogeneovo Edun, Esq ruled that imposition of Road Worthiness Certificate on private cars was an act of arbitrariness  and has no place in the enabling law.

Their Lordships held that Paragraphs (2), (3), (4) and (5) of Regulation 5 of the Road Traffic Regulations (RTR) made detailed and comprehensive provisions for the factors or matters that must be present for the registration of categories of vehicles as follows:

The requirements include the production of a Certificate of Road Worthiness issued under Regulation 58 at the time of the application for registration.

Regulation 58(1) and (2) of the RTR states: (1) Every commercial vehicle, trailer, taxi, stage carriage, omnibus, shall before being registered or licensed and every 6 month thereafter, be examined by a Vehicle Inspection Officer.

(2) Examination Certificate – where at such examination a vehicle is found to be roadworthy, the Vehicle Inspection Officer shall issue a certificate to that effect as in Form M. L. 9 in the Sixth Schedule, which shall remain valid for 6 months.

Such certificate shall be carried in the registration book and produced when required by Licensing Authority, a Vehicle Inspector or a Police Officer. Their Lordships held that this requirement applies only to vehicles that come under paragraphs (2) and (3) only, that is, commercial and passenger carrying vehicles and trailers.

“Their Lordships held that it is, therefore, clear from the above that the provisions of Regulation 5 is loudly silent in respect of private motor vehicles”.

While agreeing with the learned trial Judge,  Justice Joseph Eyo Ekanem  explained that the provisions for particulars of motor vehicles are to be found in the RTR which do not require a private motor vehicle to have a Certificate of Road Worthiness.

“It follows therefore that the words “any of the particulars…” refer to the particulars as are required in respect of each category of motor vehicle as set out in Regulation 58 of RTR.

‘‘Before drawing the curtain on this judgment, I need to remind public bodies and public officers that a public body or public officer vested with statutory power must take care not to exceed or abuse its or his power.

“It or he must keep within the limits of the authority committed to it. This is to prevent arbitrariness and the rule of man rather than the rule of law. See Wilson v. Attorney-General of Bendel State (1985) 1 NWLR (pt. 4) 572, at 591.

“The Vehicle Inspection Officers went beyond the powers vested in them by the law and the Road Traffic Regulations, by violently stopping the private motor vehicle of the Respondent on a public highway, using menacing tactics and dangerous implements to demand for Certificate of Road Worthiness which the said vehicle is not required to have.

“Such conduct sends a wrong signal to the citizens who may adopt such strong-arm tactics as a means of settling disputes. The Appeal is hereby dismissed”, the lead judge ruled.

Origin of the matter:

The Respondent, Olakunle Ogeneovo Edun, a Legal Practitioner based in Warri, while driving his vehicle along Afisere Road, Ughelli, Delta State, was intercepted by Officers of the 3rd Appellant, through a road block; and was asked to produce his Certificate of Road Worthiness.

The Respondent maintained that he had none and that, as a private car owner, whose vehicle was not used for mercantile or commercial purpose, he was not required to apply for roadworthiness.

This led to serious traffic which prompted the 2nd Appellant to release the Respondent. Upon inspection of his documents, the Respondent discovered that he was actually issued a Certificate of Road Worthiness by Officers of the Appellant.

He therefore initiated an action by way of Originating Summons at the High Court of Delta State, seeking the interpretation of whether a Certificate of Road Worthiness was needed for private owned vehicles.

The trial court ruled in favour of the Respondent. The Appellant, aggrieved, lodged an appeal to the Court of Appeal.

The Appellant wanted the Court of Appeal to determine whether the suit of the Respondent filed against the Appellants on 21 November 2014 is (1) not statute-barred, in view of the provisions of Section 2(a) of the Public Officers Protection Law, Cap. P.23, Vol. IV, Laws of Delta State of Nigeria, 2006.

2.Whether the 3rd Appellant “Senior Vehicle Inspection Officer (Ughelli North Local Government Area of Delta State), is a juristic person that can be sued.

3.Whether by virtue of the provisions of all relevant laws relating to Road Traffic, the Certificate of Road Worthiness has no application to private motor vehicles.

He contended that the cause of action arose on 5 August 2014, while the suit was filed on 21 November 2014, which is over the 3 month period prescribed by the Public Officers Protection Law.

On his part, the Respondent, Olakunle Ogeneovo Edun submitted that the Public Officers Protection Law is not an all-embracing bar against actions brought against public officers, but admits exceptions, which he set out in his Brief of Argument.

He further submitted that the act of the Appellants was ultra vires, and had no semblance or colour of authority, and so cannot be protected under the law. He referred to Egbe v. Alhaji (1990) 21 NSCC (pt. 1) 306, among other cases.

The Respondent argued further that the illegal retention of the fee for the Road Worthiness Certificate means that there is a continuous wrong or injury to the Respondent. This, he said, takes the case outside the application of the law.

On this, their Lordships held that the purpose of the Public Officers Protection Law, is to protect public officers from civil liability for any wrongdoing that occasions damages to any citizen if the action is not instituted within 3 months after the act, default or neglect complained of.

They are of the view that the law is designed to protect only the officer who acts in good faith and does not apply to acts done in abuse of office and without semblance of legal justification.

Their lordships held that there is however one well-established exception to the applicability of the Public Officers Protection Law, namely that it does not apply to acts of a public officer which are outside the scope of the authority or which is in abuse of his office or without semblance of legal justification.

On whether the 3rd Appellant “Senior Vehicle Inspection Officer (Ughelli North Local Government Area of Delta State), is a juristic person that can be sued.

Their Lordships held that the 3rd Appellant, “Senior Vehicle Inspection Officer (Ughelli North Local Government Area of Delta State)”, is not a natural person and  there is no express provision of the Road Traffic Law of Delta State or any other law which confers on him the right to sue or be sued.

According to them, the Senior Vehicle Inspection Officer is only an administrative head of his zone and not the overall body, to wit: the Vehicle Inspection Unit. They added that the right to sue or be sued does not arise from the mere fact that a statute recognizes the existence of a body or office for the performance of a function.

The right, Their Lordship believes must be donated by statute expressly or impliedly. Relying  on Erokoro v. Government of Cross River State (1991) 4 NWLR (pt. 185) 322, in which Justice Joseph Eyo Ekanem, JCA held that, ‘‘The position of a Senior Vehicle Inspection Officer is akin to the position of a Divisional Police Officer who is the administrative head of a Police Division.

According to him, in the case of African Ivory Insurance v. Commissioner for Insurance (1998) 1 NWLR (pt. 532) 50, at 57, it was held that while the Commissioner of Police could be sued eo nomine as it is known to the Constitution, the Division Police Officer being an office set up merely for administrative convenience, cannot be sued.

It is, therefore, my opinion that the 3rd Appellant is not a person that can sue or be sued eo nomine’’.

On  whether by virtue of the provisions of all relevant laws relating to Road Traffic, the Certificate of Road Worthiness has no application to private motor vehicles.

The Appellants’ counsel argued that Certificate of Road Worthiness has application to private vehicles. He referred to the learned trial Judge’s interpretation of Section 48(1), (4) and (5) of the Law and submitted that it cannot be the correct intendment of the lawmakers.

This he said is because the law defines “Motor Vehicle” to mean mechanically propelled vehicle intended or adapted for use on roads. He also referred to Section 3(2) of the Road Traffic Law. He contended that if the intention of the lawmakers was that private vehicles be exempted from carrying the Certificate of Road Worthiness, it would have been expressly so stated.

On his part, the Respondent submitted that a perusal of the Law and its Regulations shows that there is no provision therein that empowers the Appellants to issue Certificate of Road Worthiness in respect of vehicles used for non-commercial purposes.

According to him,  the only section that authorizes the Appellants to examine vehicles is Regulation 58 of the Regulations, which relates only to examination of commercial vehicles and the issuance of certificate thereof after such examination.

He referred to Section 2 of the Law (the interpretation Section) and submitted that his vehicle does not fall within the definition of a commercial vehicle.

He also referred to Regulation 2 of the Regulation and Section 43 of the Law, which empowers the State Execution Council to make regulations on various matters relating to road traffic and Regulation 5 of the Regulation made pursuant thereto, which he said relates to the examination of commercial vehicles only. He argued that there is no similar provision in respect of vehicles used for private purposes.