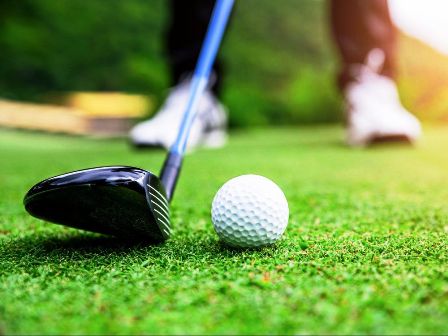 LAGOS, Nigeria – The leadership of the HSD Golf and Country Club said it was planning the events to mark the club’s first year to coincide with the one year anniversary of the Governor Douye Diri of Bayelsa State.

The Captain of the Club and Permanent Secretary in the Bayelsa State civil service, Oyintonefie Ritchie Etonye, stated this in an interview with journalists in Yenagoa on the forthcoming first year anniversary of the club, which was inaugurated in February 2020 by the immediate-past governor of the State, Henry Seriake Dickson.

According to him, plans were already afoot to commence early preparations and planning for the Bayelsa Golf Club’s first anniversary.

He said that a meeting of the club’s executives would soon be convened to discuss the modalities for hosting the events of the maiden anniversary.

Etonye said that he would be meeting with the Chairman, Board of Trustees of the Bayelsa State Golf Club, King Alfred Diete-Spiff as well as other notable patrons to get their nod and support for the forthcoming events.

The executives, he said, would meet with governor Diri to seek his approval regarding the early setting up of an organising committee for the anniversary to outline the plans for the top-notch event.

According to him, it was important to plan ahead for the event, considering the fact that 2020 had been a particularly challenging year because of the impact of the COVID – 19 pandemic.

He said, “For a young Golf club like ours, we are particularly challenged by the COVID – 19 pandemic. We are doing all we can to keep the golf club alive. Our members have been very supportive, especially in ensuring that their dues are paid as and when due, even in this very difficult COVID-19 era.

“We are also not relenting in our membership drive. Understandably, due to COVID – 19, there is a lull in our activities, but we are determined to keep pushing and following through with our plans to develop the club. That’s why we have already started early by putting machinery in place to mark our one year anniversary in a post COVID-19 season.”

Speaking further on the one year anniversary of the HSD Golf and Country Club, Etonye expressed hope that the Organising Committee would be announced soon by Governor Diri after which details of the programmes to mark the big event will be unveiled.

Etonye, who was unanimously elected Captain of the Golf Club, has demonstrated remarkable leadership in keeping the golf course alive since its inauguration, against all odds.

He, however, declined to take the credit alone, admitting that the success of keeping the golf course alive was the result of a team effort.

“If anything, the real credit must be given to Governor Douye Diri for ensuring that the golf course remains active and functional”, he added.

Located in a prime part of the New Yenagoa City, the golf course has the potential of attracting tourists to the state as it boasts some of the finest appurtenances available in standard golf clubs in other parts of the world.

The Bayelsa Golf Course has its irrigation system fully computerised with 22 kilometres of drainage pipe and 17 kilometres of wiring between the sprinklers, among other components.

Coronavirus: 19, 793 active in Nigeria, as South Africa moves into top 6

Tigre Woods opens up on near death accident