Exposed, Presidency and the many lies of COVID-19 figures in Nigeria 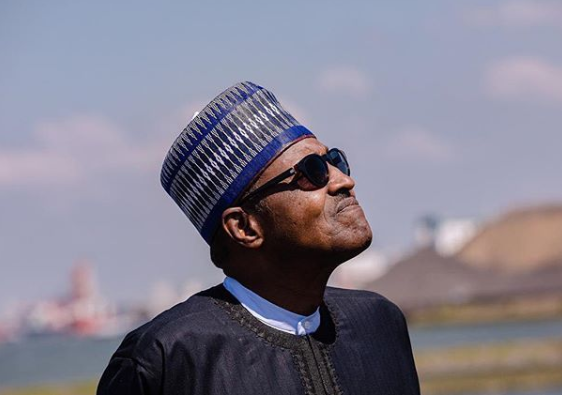 LAGOS, Nigeria – I can’t write anything about the most popular phrase on earth, “novel Coronavirus pandemic” without sending my special greetings to those medical teams and caregivers home and abroad as well as journalists who have also been on the frontline of reporting day and night activities of how the deadly virus has affected many homes, sports, religious and the global economy among others. “Ooin, you are all doing well“

Many Nigerians since the first confirmed case of an Italian man who came into the country from Italy via Istanbul, Turkey, on Thursday, 27 February 2020, believe COVID-19 in Nigeria is fake due to the saying that the virus can’t survive in warmer weather and immune system of black people to malaria and typhoid. But the deadly COVID-19 is obviously not ‘fake news’

Due to corrupt nature of many Nigerian politicians and the poverty rate in the country, the citizens believe the virus has become a money-making venture for Nigerian government because of the relief fund from governments of the United States, European Union and the United Kingdom as well as support from International Monetary Fund and World Health Organization (W.H.O).

Before the European Union donated 50 million (N21 billion) to Nigerian government as part of its contribution to boosting the country’s COVID-19 response the highest daily figure the country recorded was twenty (20) cases that was confirmed by the Nigeria Centre for Disease Control (NCDC) as at 09:50 pm on Monday, 13th April 2020.

‘The Day’ Nigerian government cash out contribution fund from EU, Nineteen (19) new cases were reported as at 09:20 pm Tuesday,14th April 2020 with 14 in Lagos, 2 in Federal Capital Territory (FCT), 1 Kano, Akwa Ibom and Edo states respectively, raised the total number of confirmed cases to 362 while 99 were discharged and 11 deaths. Same day at around 11:00 pm NCDC reported an additional eleven (11) new cases in Lagos state totalling 373 confirmed cases, 99 discharged and 11 deaths. Who is deceiving who?

A day after Nigeria received the donation, the country’s reported cases shot up to thirty-four (34), Lagos recorded 18, Kano with 12, 2 in President Muhammadu Buhari’s state, Katsina and 1 in Delta and Niger states respectively, that was confirmed at exactly 11:20 pm on Wednesday, 15th April.

Aside from EU contribution, notable Nigerians and many corporate organizations donated billions of naira to support the Federal Government of Nigeria (FGN) and state governments in the fight to combat the deadly virus. The funds include $13 million (N5 billion) donation by the United Bank for Africa (UBA). Herbert Wigwe, Segun Agbaje, Abdulsamad Rabiu, Keystone Bank, Femi Otedola, Jim Ovia and Africa’s richest man, Aliko Dangote all donated N1 billion each to support the government in curtailing the pandemic in the country.

Away from the above figures or statistics, many Nigerians accused FG of siphoning the donations and not focusing it to the right channels.

Meanwhile, during the five weeks of lockdown in FCT, Lagos and Ogun states, millions of Nigerians most especially those in Southwest region of the country faulted President Buhari’s type of palliatives as being biased and not sincere with the distribution of the fund.

A lot of Nigerians took to social media platforms to express their bitterness and asked Mr President to approach the Central Bank of Nigeria (CBN) to distribute palliative for them through their respective Bank Verification Number (BVN). Instead of doing this, Nigeria’s Minister of Humanitarian Affairs, Disaster Management and Social Development, Sadiya Umar Farouq, contracted it to two payment service providers and distributed the Conditional Cash Transfer (CCT) to poor Nigerians in some part of the country.

Sadiya Farouq, in a statement on Tuesday, 14th April 2020 named Zamfara, Akwa Ibom, Abia and Bayelsa among states where there is delay in payment due to inefficiency of the contractors.

She said, “The Federal Government cannot accept delays in the current payment round of N20,000 stipends to beneficiaries in poor and vulnerable households under any excuse in the four states or any other state of the federation.

“The failure of any payment service providers to meet their contractual agreement is unacceptable. The Federal Government through the ministry cannot allow contractors to derail the immediate CCT to the poor and the vulnerable.”

Nigerians lambasted the Presidency for televised recorded ‘Presidential broadcast’, saying the only way President Buhari can know their agony is through media chat where journalists can ask questions.

These clearly show how few opportunists who found themselves in power ripped off the masses. These few people not limited to the arrogant President’s spokesman, Femi Adesina who on a live radio chat said somebody is talking like a “Broken Record”. This is the height of irresponsible government who don’t want to be held accountable for their incompetenc

My questions to the Presidency on contracting CCT to payment providers are:

Mid-April, NCDC and Kano State Government disagreed on the number of confirmed cases and announced conflicting figures to the world. Kano published 21 cases on its twitter handle while NCDC recorded 16 for the state in its chart See also worldtopnewsng

The NCDC on Sunday, 10th May 2020 afterwards published that Nigeria recorded 15 deaths, 238 new cases of COVID-19 and 33 persons were discharged apologized to Nigerians that it posted an additional 32 discharged cases and 2 deaths to the figures of the FCT here

Read Also, OLORI OPENS UP ON ALAFIN OF OYO

According to the agency, Nigeria now has 4, 641 confirmed cases with 150 deaths and 902 discharged

Recently, one of Nigeria’s top television station, TV continental in a special report exposed how Nigeria government handle the most popular virus in the world, COVID-19. A TVC correspondent was in Prof. Idris Mohammed Infectious Hospital, Kwadon, Gombe state where he spoke with some of the patients, exposed the living condition in the hospital where patients protested about their welfare and feeding.

The patients also alleged that since some of them have been confined for up to two weeks they have not been given any medication by the team, neither taken care of by the government. They also complained of not seeing any doctor for days.

Another patient, a female who explained her grievances said nothing like drug was given to any of them expressing that even if any of them feels headache they give the hospital their money to buy drugs. She expressed further that they have neither drugs, nor doctors, just them and the gateman. They also complain about eating unhealthy food.

The COVID-19 patients went out that fateful day to block the highway that links Gombe to Borno and Adamawa states where they mingled with members of the communities protesting alongside with them. Some of them said COVID-19 pandemic figures in Nigeria is fake and is just being used to make money.

The Gombe state COVID-19 Pandemic Response team spokesperson, Dr. Mohammed Kwami in a message conveyed to me via the Senior Special Assistant to the Governor on Media & Publicity, Mr Ismaila Uba Misili, confirmed the protest by the patients and said the government noted with dismay and disappointment then apologized for such an incident.

The COVID-19 Taskforce explained that the truth is; one of the female patients was admitted to the centre with a wound she got long before she came into the state. The Taskforce took it upon itself to treat the wound, similar to what was applied for all the isolated patients; all those with underlying diseases are being managed irrespective of its relation to the COVID-19 infection.

Kwami explained further that the social implication is clearly visible. That majority of the cases in the state are menial workers who returned from Lagos, Abuja or Kano, after realizing they could not bear the consequences of the on-going lockdowns in those cities, as their earnings depend on a daily outing.

If truly all these protesters as reported by the NCDC or the state government are confirmed patients of COVID-19 imagine the number of people they would have mingled with during the protest, hundreds of people might have been infected by now and not showing symptoms yet. ‘There’s fire on the mountain’

President Buhari should declare total lockdown in Gombe, Borno and Adamawa states and provide a genuine and serious palliative for Nigerians. And also continue an in-depth investigation into the causes of the high death toll in Kano state.

Note: Jumu’ah Abiodun is a social commentator, political analyst and journalist based in Lagos.

COVID-19 Nigeria in infographics for May week 1&2

49 DAYS DOWN: AMBODE WHERE ARE THE 6 PUPILS OF LAGOS MODEL COLLEGE IGBONLA

Fashola brings the Lagos impact to the centre

Well done sir, but I’m disturbed that this argumentative essay you just sent out may turn out to be some piece death warrants waiting to be signed. It will only help to harden the hearts of many Nigerians to live carefree and allow the virus to spread freely. It is sad that you even failed to encourage the general public to observe the various safety guidelines. The same position about the virus on the Nigerian street is what you have magnified here when you have the opportunity to educate the masses by virtue of education and profession. Moreso, I can’t gather any fact or figure corroborating your hypothesis. The theories are far from scientific, just coincidental and generalisation. No offences sir, carry out the statistical analysis of how much the government and the country as whole have lost during this pandemic, then you will see that any aid or contribution received is child’s play. It doesn’t add up at all. We don’t trust our government because of their lies and corruption, but at such a time as this, we have a common enemy and there is no reason for any blame game. No government, not on this planet, profits on the number of confirmed cases. It is not the Olympics medals table. God bless Nigeria. Thanks.