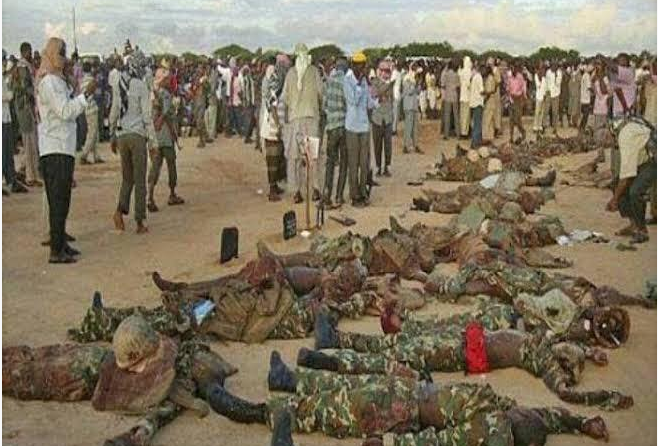 ABUJA, Nigeria – The Peoples Democratic Party (PDP) has lamented what it called incessant but avoidable killings of soldiers by insurgents in the northeast and demands explanations from President Muhammadu Buhari. According to PDP, after a thorough review of the killings, especially that of over 70 soldiers of the 157 Task Force Battalion in Melete, Borno state, by invading insurgents, who reportedly sent a threat letter last Friday, to take over military locations in the area.

“This is particularly against the backdrop of earlier claims by the Federal Government that insurgents operating in the northeast have been defeated. The party is very worried by reports of alleged  compromises, neglect and inattention to military formations in the northeast leading to the vulnerability of our beloved soldiers.

“This is in addition to apprehensions by Nigerians that the Buhari Presidency has been distracting our military by dragging our Service Chiefs to participate in his re-election campaign activities, instead of concentrating on their statutory duties”, the PDP said in a statement by its Publicity Secretary, Kola Ologbodiyan.

The PDP however said it has implicit faith in the Nigerian military and urged the Buhari Presidency to desist from acts that tend to whittle the proficiency and compromise the safety of men and women who are daily risking their lives in defence of the nation.

“Our party, therefore, charges President Buhari to be alive to his responsibility as the Commander-in-Chief by immediately reviewing his parade to ensure greater professionalism and welfare of our officers and men”, the party said.

The PDP called on Nigerians not to despair in the face of this ugly development but continue to join forces with our security agencies in the effort to cleanse our land of bandits, insurgents and marauders.