AHMAD: UNITY IS KEY TO NIGERIA’S RISING PROFILE IN FOOTBALL 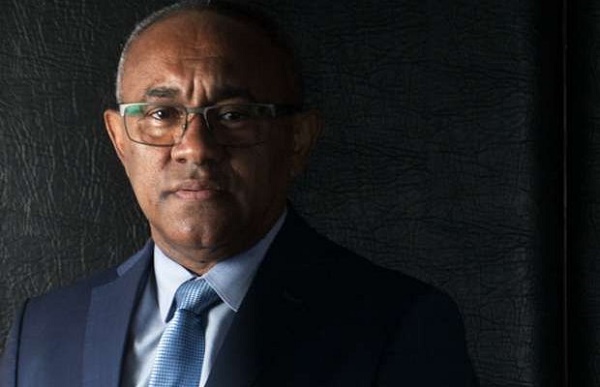 LAGOS, Nigeria – The strength that lies in unity is the secret behind Nigeria’s upward surge in both the boardroom and the pitch in global football, so says President of the Confederation of African Football, Mr. Ahmad.

Ahmad spoke on Sunday at the Eko Hotel and Suites, Lagos at a meeting with Congress of Nigerian Football, which also had I attendance Members of the NFF Executive Committee.

“If you (the Executive Committee and Congress) did not support Amaju (Pinnick) in his decision to support the Change Team before the CAF elections, we would not be here today. Your support underscores the unity of Nigerian Football fraternity, and this is refreshing considering what we have in some other countries.

“Amaju (Pinnick) has been spot-on in at least two major decisions this year: to support the change at CAF and to get the Nigerian fraternity to work assiduously towards Nigeria’s qualification for the 2018 FIFA World Cup. No doubt, Nigeria is the strongest African team going to Russia and we expect so much from the Super Eagles.”

Ahmad advised the Congress to continue to give backing to the vision and mission of the Amaju Pinnick –led NFF, insisting that CAF has the highest regards for Nigeria.

“We are here not only to watch the finale of the AITEO Cup, but also to hold the CAF Emergency Committee meeting. Nigeria is a very important country in African football, and will remain so for a long time with the unity and cohesion that I see here this afternoon.”

Earlier, Pinnick told the CAF President and his entourage that though members of the Board do disagree occasionally as normal in any human arrangement, “we have always been able to put our passion and commitment to what is best for the country beyond primordial sentiments.

“When we came on board, we sought to take Nigerian Football to the next level and also sought global recognition. Our hard work is paying off. We have redefined sponsorship; we were one of the first countries to be on the FIFA Connect and; we have auditors one of the most reputable companies in the world (PriceWaterHouse Coopers) while also having an Integrity Officer.”