Once you make a choice to become a politician, you must exclude yourself from being a member of the civil service and that is why various provisions of the Constitution relating to qualification to contest an election require a civil servant to resign from public employment at least 30 days before an election in which he desires to contest

LAGOS, Nigeria –  A few weeks ago, I had cause to discuss the role of the civil service in the delivery of good governance and observed that the civil servants in Nigeria to a large extent, have not met the required threshold In fact, in the piece, I asserted that without the connivance of the civil servants, it is impracticable for the political class in public offices to pilfer the resources of the nation.

While condemning the acts of  civil servants therein, I did suggest an immediate review of the welfare packages of the civil servants so that their take home pay can take them home, thus reducing the temptation and the allurement to corruption.

I also canvassed the immediate rationalization of the multiple agencies with duplicated responsibilities in order to save the nation from the bourgeoning recurrent expenditure. In this column, my concern is basically on the politicization of the civil service in the country and the impact on the growth of the country. Both by law and convention, the civil service is the implementation arm of the government. The civil servants execute the programs and policies of the government.  The belief is that most of them are trained professionals and as such are meant to be experts capable of advising the political class in the delivery on their mandates. This explains why they civil servants are described at times as technocrats. The presumption always is that in the decision-making process, they are never swayed by any form of influence, be it political or otherwise.

It is to this extent that they are expected to be neutral in the discharge of their responsibilities. What this connotes is that they are not meant to be politicians, and in order to insulate their views and thoughts from political influence, they are, by the rules of the civil service, not meant to join or participate in politics.

This is the tradition of the civil service that is cherished in responsible climes. Regrettably, in recent times, this sacred rule has been gradually displaced in all manners and forms. Civil servants now play politics with impunity as I shall unveil later in this discussion. How do you now explain situations in which civil servants now resign or retire, and the very next day, they are vying for political office. That means that the affected civil servant must have been in active politics while still being in the civil service. A very ridiculous one occurred not quite long, in 2019 to be precise, when a State Electoral Commissioner with the Independent National Electoral Commission resigned and immediately joined a political party vying for a political office. This was someone meant to be politically neutral in his prior assignment from where he was coming.

That is the extent of the debasement of the country’s values.  In contemporary times, virtually all the retired military chiefs and generals as well as those of the police and other para military organizations now resign or retire, and immediately join politics.  Can one imagine the extent of compromise they had perpetrated in their recent tasks? Could they be said to have been neutral and objective in the discharge of their recent assignments?

Your guess is as good as mine. Retired civil servants are not exempted also. All these snippets amount ultimately to something. An interesting one is that involving a judge who was disengaged by the National Judicial Council, who then opted for politics, contested election as a running mate to a gubernatorial candidate, campaigned and failed, and then  reabsorbed as judge over the people he had engaged in electoral contest.

What a country! How do you expect impartiality from such a judge! What gave birth to this is not easily discernible other than the influence of the political class and corruption. When interrogated, some of the civil servants often refer to a decision of the apex court, per Ayoola, JSC (as he then was) which I believe is taken out of context.

My comprehension of the decision is to the effect that the civil servants are allowed to make a choice in any electoral contest just like any other Nigerian. In other words, they enjoy the liberty to vote for any candidate or party of their choice in any election. The judgment anchored on the freedom of association does not say that a civil servant can simultaneously enjoy the status of the civil servant and that of politicians.  These are statuses that are mutually exclusive and must remain so in the interest of good governance and the nation.

Once you make a choice to become a politician, you must exclude yourself from being a member of the civil service and that is why various provisions of the Constitution relating to qualification to contest an election require a civil servant to resign from public employment at least 30 days before an election in which he desires to contest.

The import of the decision is, and cannot be that the civil servants can now be politicians to the extent of registering with a political party and actively participating in its activities while still enjoying the status of a civil servant.  This will be totally absurd in my view.  Beyond this, I suspect that the major attraction for the civil servants veering into politics is due to the pecks and attractions of public office in Nigeria.

They see and witness the profligacy of the political class and the allurements of  political office and wants to partake, more so when coincidentally, the reverse is the attraction in the civil service unlike in progressive countries like Singapore where  civil servants are better renumerated.  Having said this, I am of the strong view that this aberration needs to be quickly interrogated and arrested or tamed if we desire the growth of the country. There are two broad areas of the distortion of the civil service in Nigeria currently. The first area is the situation alluded to above which is that in which the civil servants actively and freely participate in politics and the second area, is the politicization of the civil service by the political class. Neither of the two, as we shall see, is healthy for the nation.

Firstly, should the civil servants be allowed to join politics and allowed to be politicians, it then means that no objective opinion can be rendered nor objective decision made. This implies that decisions and opinions that are meant to be objective now become politically tainted. This obviously will impact negatively on good governance of the country. Another consequence of this is the waste of manpower as politicians now utilize their skills for objectives other than that for which they are engaged.

This is coupled with the fact that the time appropriated for the discharge of their duties is now rationed. It is either that they are spending part or the whole of the time meant for the discharge of their civil service responsibility in the political field, either directly or indirectly through their political bosses or they are sharing such time with their official responsibility in executive offices. Beyond that, no human being could be  that extraordinary as to be able to execute assignments beyond his human capacity.

This implies that even where the civil servant makes use of his spare time pursuing politics, he will return to work the next day tired as there is no super human being. This certainly impairs productivity by him. As the Yoruba would say in street lingo proverb, “aponle ni foreman, enikan o le sise eeyan merin” which literally translates that no one can multi-task beyond his capacity. The consequence of this is decline in productivity which is obvious in the governance of the country. Again, if you recall the extent of fund dispensed in training  civil servants over time, you will appreciate the wastage that is being committed in the abuse of the skills of  civil servants, either through redundancy or wrong placement.

In some instances, their skills are now deployed elsewhere for wrong reasons; or totally rendered useless. The second leg of the aberration is that committed by the political class. The noticeable area is the appointment of politicians to head the positions traditionally and at times, technically reserved and preserved for  civil servants. Each time this is done, it does not only render the civil servants who are trained with the public resources redundant but succeeds in demoralizing them. Imagine a civil servant that had spent a greater part of his life dedicated to his assignment and hoping to get to the peak of his career but who, at the penultimate level, his dream is cut short through the appointment of a politician with no rival skill in him.

What do you expect in that circumstance other than decline in productivity and emergence of corruption. Since he cannot realize his dream, he would, therefore, settle for compromise and corruption as compensation. This is the evil the political class is perpetrating on the civil service.

The other consequence of such appointment is the distortion of the hierarchy of the civil service and the blurring of the reporting line in the scheme of service. In this situation, there is immediate deformity of the often-existing clarity in the responsibility line. This is apart from the waste of space by the often-incompetent political appointees.  The worst of the effects is the erasure of institutional memory. These political appointees often lack the skill of record keeping and as such, they come in with their poor ideas and actions, and equally leave with  same without leaving behind any meaningful trace. That explains why most times in the civil service, wheels must be reinvented.

Today, we continue to complain about the cost of governance and still we continue to recruit these needless and often times, useless political appointees where and when absolutely not required. This continues to bloat the recurrent expenditure of the country, thus depriving it of the essential investment in capital projects.  It results mostly into duplication of responsibilities with no value added as a concomitant effect.  If the idea is to create job for the boys, they can be recruited as ‘consultants or contractors’ without ruffling the civil service. The iniquities from all the above amounts to something in the stultification of the growth of the country.

Therefore, as we match towards the next political transition, it should interest the electorate to demand how and in what manner the various political parties and candidates intend to address this scourge. Except we abate the ugly trend and development, it cannot augur well for the civil service which is the ladder through which good governance can be achieved. 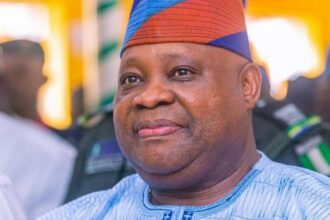 State of Osun: Is Executive lawlessness new currency for Power! 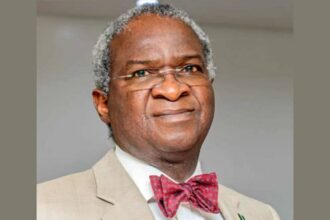 Your mind, your mindset or state of mind – Fashola 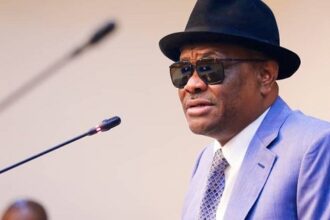