VIENNA, Austria – Following the recent blocking of news websites due to allegations of defamation in Azerbaijan, the OSCE Representative on Freedom of the Media Harlem Désir today urgently called on the authorities to reform the laws and regulations affecting media and to encourage pluralistic debate on all issues of public importance, both off– and online.

“Blocking websites is an extreme measure which may stifle critical voices, particularly when instigated by highly problematic defamation claims. It impedes on the public’s right to access information and negatively impacts media pluralism and free expression,” Désir said.

According to reports, on 7-8 August, upon the request of the Ministry for Transportation, Communications and New Technologies, the district courts in Baku ruled to block four news websites, namely az24saat.org, xural.com, arqument.az andmonitortv.info. Reportedly, the authorities claim that certain articles published and reproduced on these online platforms contain defamatory statements, including with regard to high-level officials.

“Any restrictive measure affecting media can only be justified in accordance with international standards, based on clear, strictly precise, legally predictive and non-discriminatory criteria. In the absence thereof, such measures and practices would impinge on a wide array of rights, including those closely associated with freedom of expression and media freedom,” Désir said.

Earlier, on 22 December 2017, the Representative shared his concern with the authorities regarding the continued state blocking of the websites of newspaper Azadliq (azadliq.info), the Azerbaijan service of RFE/RL (azadliq.org), as well as the news portals Azerbaycan Saati (azerbaycansaati.com and azerbaycansaati.tv), Meydan TV (meydan.tv) and Turan TV (kanalturan.com) in the country.

On 23 July, Désir requested that the authorities clarify the reasons and legal grounds for the recent blocking of the online platforms Bastainfo.com, Criminalaz.com, Topxeber.az and Fia.az. He also expressed concern about the fact that several online media outlets belonging to APA holding, one of the biggest media groups in the country, simultaneously went offline as of August 2018 (see tweet: twitter.com/OSCE_RFoM/status/1026413313830342657).

“I call on government officials to restore access to all blocked news and reform the laws and regulations affecting the freedom of expression,” Désir said. 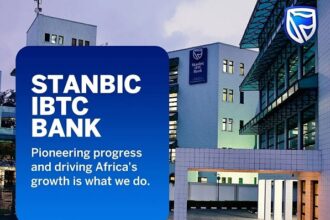