December 16, 2014 – The Appeals Committee of the Nigeria Football Federation has ruled that the outstanding game of the Nigeria National League season between Rancher Bees FC of Kaduna and Kwara United FC of Ilorin be replayed.

The decision also stated clearly that only the final 28 minutes of the match will be played at the FIFA Goal Project, Abuja on Friday, 19th December, 2014, starting from 10am.

Secretary of the NFF Appeals Committee, Barrister Okey Obi, said the match had earlier been played in Kaduna on 15th November, 2014 but was halted after 62 minutes.

Rancher Bees FC had challenged the decision of the Disciplinary Committee to order a replay, but the Appeals Committee threw out the appeal for lack of merit.

A new set of match officials will be appointed by the NFF to officiate the concluding 28 minutes of the match. Both teams will bear their expenses for the replay while the Nigeria National League will be responsible for the expenses of match officials. 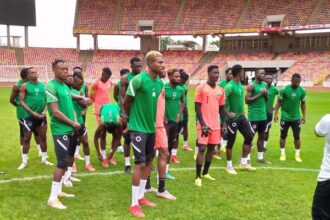