DOHA, Qatar – Lionel Messi rekindled hope for his team at the Qatar 2022 World Cup on Saturday  when he led Argentina to a to 2-0  victory against Mexico to keep hope alive.

A loss against Mexico would have ended the stay of Messi and his lovely team  in the United Arab Emirates.  Armed with this reality, Argentina approached the game with all seriousness, trying as much as possible to ward off  attacks from the beginning.

Mexico also approached the encounter on a cautious note, ending the first half nil-nil. Both teams came into the second half smoking but it was Lionel Messi who got the upper hand when he put his team ahead in the 64th minutes after connecting a pass from Di Maria.

His teammate, Fernandez made it 2-0  in the 87th minutes  after getting a pass from the soccer wizard Messi.

Mexico put up a   great fight but it was to no avail. 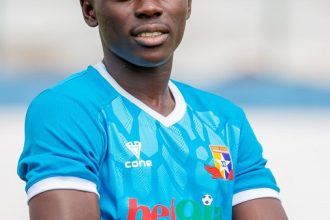