In a statement, INEC Chairman, Information, Voter Education and Publicity, Dr. Chris O. Iyimoga said INEC has been monitoring field reports on the accreditation process since the commencement of the poll this morning.

“Whereas the process has gone on well in several places, in some others it has encountered some challenges, especially with the use of the card readers. Consequently, accreditation has been slow in many places and has not commenced at all in some others.

“Even though the Guidelines for the Conduct of the 2015 general elections provide that where card readers fail to work and cannot be replaced, elections in such Polling Units will be postponed to the following day, the scale of the challenge we have observed today has necessitated a reconsideration of this provision of the Guidelines.

“The Commission has, therefore, decided as part of the Guidelines for the Conduct of the 2015 general elections that in Polling Units where card readers have so failed to work, the Presiding Officer shall manually accredit voters by marking the register of voters, upon being satisfied that the person presenting a Permanent Voter’s Card (PVC) is the legitimate holder of the card”, INEC said.

It added that in polling units where accreditation was suspended to the following day in accordance with the existing Guidelines, arrangements will be made for voters to vote tomorrow, subject to the provisions of the Electoral Act 2010 (as amended).

The Commission reassures the voting public that it will thoroughly investigate what happened, while it remains committed to the delivery of free, fair and credible elections in spite of the challenges. 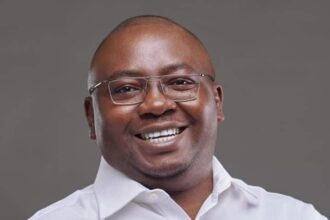