In this interview, the ex-Ebonyi APC scribe dwells on the need for a president of South-eastern origin in 2023. He said the plan to lure former President Goodluck Jonathan to APC is a ploy by some northern interests in the party to make him the party’s presidential flag bearer in the 2023 presidential elections. Nweze argued that the move would be detrimental to the actualization of the much sought Igbo presidency.

What is your take on the anticipated defection of former President Goodluck Jonathan from the PDP to the APC even though he has denied having any such plan?

Ordinarily I should not have been concerned over the defection rumour because it is his alienable political right to defect from a party to any other party of his choice. The point for concern, however, is that it would affect the chances of the Igbos to lay claim to the presidency of the country if it finally becomes true. I was one of those who alerted the public especially the Igbos when the plan was still being hatched and nurtured from the background. It has however become an open secret now.

I want to state categorically that such defection would amount to perpetual enslavement of the Igbos politically if it materializes. The game plan is to give Jonathan the party’s ticket and if he wins, will surrender the presidential slot back to the north in 2027, having served his first tenure before losing to incumbent President Muhammadu Buhari in 2015.

This will potentially mean that the north will rule Nigeria again for another eight years (2027 to 2035) before the issue of Igbo presidency will come up again and would probably have lost complete steam by then. The only vivid reason Jonathan is moving to APC is to be offered the presidential candidate of the APC in the next elections. It is not that he likes APC but he sees it from the political interest point of view, that it would enable him complete his second tenure which was truncated in 2015. To the northern oligarchs, within the APC – this was the easiest way to return to power soonest.

Do you think that the APC would zone the presidency to the south to keep to the zoning arrangement for power to rotate between the northern and southern regions?

APC is a party founded on justice and equity. It strives to meet the yearnings of Nigerians and knows that the only way to assuage the feelings of people presently is to zone the presidency to the South. It also knows that this is the only way to douse the lingering socio-political tension in the land. Some of northern elites within the party wants to use zoning the presidency to the south to douse this tension but however, achieve its aim of reclaiming the position soonest by enticing Jonathan whom it had been romancing with of late, for him to serve four years and return power to the north.

From all indications, the PDP may not zone the presidency to the South. The crisis within its fold was caused by the ambition of a south-south governor to forcefully remove Uche Secondus, as the party’s chairman, to pave way for him to become a running mate to a northern candidate. Even after the national chairmanship position has been conclusively zoned to the north by the party’s NEC, some top members of PDP are still agitating for the presidency to be made open without recourse to zoning. You can see that the PDP’s former presidential candidate, Alhaji Atiku Abubakar has revived his campaign structure and he is in the forefront of those insisting that PDP should not zone the presidency to anywhere in 2023.

The APC on the other hand has shown a body language which suggests that its ticket will go to the south. Recently, the former Governor of Borno state, Ali Modu Sheriff, visited Governor David Umahi of Ebonyi state to inform him of his plans to contest for the APC national chairmanship position. Sheriff is a seasoned politician who was the Chairman of the PDP. From his experience in the game, it would be fool-hardy of him to commence consultations to become the APC national chairman if he has not gotten the signal that the party’s presidential candidate will come from the south. So, in APC I think it is obvious that the presidential ticket is coming to the south.

What should the Igbos in your party do to ensure that a southerner gets the APC ticket for the 2023 presidential election?

The onus lies with the Igbo political leaders within the APC. They should unite and commence immediate consultations with all power blocs and brokers within it and the entire country to sell the idea of zoning the party’s presidential slot to the southeast. They might not stop Jonathan’s planned defection to the APC but it should make it known to the northern oligarchs within the party that the only way to return Nigeria to the path of stability is to zone its presidential slot to the south east. The APC had preached peace, unity, fairness and equity and this was an ample opportunity to show that it truly believes in the oneness of the country and confound those who posit that the present government had greatly marginalized the Igbos in several ramifications.

The most proactive way for the Igbo leaders to achieve this is to be united, sort all contending issues amicably and purge themselves of all divisiveness among other acts, capable of truncating the Igbo presidency dream. Igbo leaders aspiring for the office should be sensible and apply utmost caution towards their ambitions so that when it is needed that they come together to take a united, common front, they would not be found wanting. They should eschew all personal considerations and place the interest of the zone above all other interests, to ensure that this opportunity does not elude them. Though we should give the presidential slot our best push, it will even be better to get a vice presidential slot than to allow Jonathan rule for another 4 years. This is so because it will be better to wait for eight years to intensify the presidential bid with increased gusto than waiting for a whooping 12 years or even more that we are not sure of.

Do you feel that political actors from other zones of the country in your party would back the Igbo presidency cause, especially as they feel that the Southeast has never shown maximum support to the APC as was seen in the 2015 and 2019 general election?

It is not about whether the southern zone has supported the APC or not. It is about the unity of the country and the principle of fairness, equity and justice. They have to accede to the yearnings of the south easterners by voluntarily supporting moves to zone the presidency to the zone as was done to the south westerners in 1999. Nigerians should remember that all political power brokers unanimously agreed to zone the presidential slot to the south west to assuage the pains of the Yorubas over the annulment of the June 12, 1993 presidential elections. The major political parties then zoned their presidential slots to the south west and this has ensured the uninterrupted practice of democracy in the country since then as had never been witnessed before since 1960.

The other geo-political zones can still use the notion of assuaging the Yoruba hurt to the present case where the issue of secession and marginalisation can still be adduced as reasons for unanimously allowing the south east zone to rule the country. It will smack the highest level of injustice for a south westerner or south southerner to rule the country again after Chief Olusegun Obasanjo and Goodluck Jonathan had ruled the country while no Igbo man had ruled it since 1960.

When the Igbos must have ruled the county, the same principle would be applied to the north central zone which had not ruled on the northern side as I appeal to our brothers there to support us in ensuring that this arrangement is actualized.

Don’t you think there is the need for the Igbos to change their perception about the APC and fully embrace the party in their agitation for presidential power to move to the southeast in 2023?

The Igbos are wise people and I am sure they would be wise enough to realize that the APC remains the only national vehicle to achieve the elusive presidential ambition. The APC has however shown through its actions, that it is desirous to enshrine equity in the country by allowing a south easterner stand a chance of succeeding President Muhammadu Buhari. The massive defection of big wigs from other parties in the south east to the party is a pointer and hopeful indication that its acceptance in the zone is total now.

Our people have realized the need to fully associate with APC. Forget the seeming resentment in some sections of the zone. There are bound to be resentments when peoples’ interests are at stake. But the majority would always have their way. The mass exodus to the party in Anambra especially – a serving senator, members of the state House of Assembly among the top shots shows that its people being predominantly business oriented knows what the gains from the centre would be, as the APC has become a veritable tool to connect the Igbos. The acceptance of Andy Uba as the party’s gubernatorial candidate by the people shows that wisdom has overridden sentiments.

The recent visit of President Muhammadu Buhari to Imo state despite the inconsequential issues of people sitting at home on that day, also shows that the APC is gaining grounds in the zone. Several doubting Thomases believed that Buhari will not come but he came and shamed skeptics. And his statements about the Igbos being the most enterprising and tenacious race, especially in trade and commerce, shows that we are certainly going to have a look-in by the APC.

Are you hopeful of a president of Igbo extraction in 2023?

This question had been asked repeatedly. There is no Igbo man living on this earth that does not desire an Igbo presidency. Even those making case for secession will go into their shells once Igbos produce the next president in 2023. It is the desire of all Igbos but the first obstacle to cross is the Jonathan’s challenge. We should commence immediate consultations and resistance and convince the north that we would gladly relinquish power to them after eight years. They should be made to jettison the idea of fielding Jonathan as the presidential candidate. What they are searching for in Jonathan, an Igbo man will produce better. Jonathan is our neighbour and carried Igbos along well when he ruled the country. This is the time for him to see reason and not be used to truncate the Igbo cause.

An Igbo presidency will douse all political tensions—secession and other forms of agitations in the country. Nigeria deserves peace especially at this period of rising tensions and political implosions. Our leaders should use justice, fairness and equity to douse such and reposition the country to the path of greatness. Buhari’s successor just has to be an Igbo man or we forget ruling this country forever. 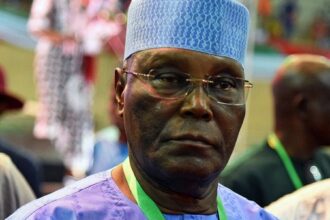 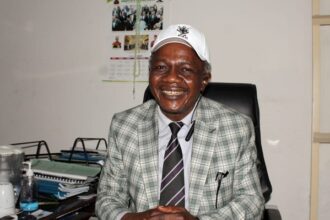 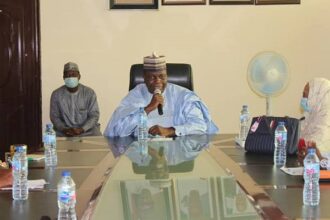