LEIPZIG, Germany – The investigations into German singer Melanie Müller, 34, for allegedly making the Hitler salute on video are still ongoing after about four months, a spokesperson for the prosecuting authority told dpa on Monday upon request.

The public prosecutor’s office in the eastern German city of Leipzig already launched investigations after a video surfaced in September.

Details of the ongoing proceedings could not be disclosed. It is also not yet foreseeable when the investigations will be concluded.

Müller had vehemently denied the accusations and denied any proximity to right-wing radicals. She had not shown the Nazi salute. The gesture in question in the video had been to work up the crowd. The singer is presumed innocent.

The public prosecutor’s office is investigating on suspicion of using signs of unconstitutional organizations. Such signs can be flags, insignia, pieces of uniforms, slogans and greetings.

In connection with the scandal, the police searched the 34-year-old’s home in Leipzig last year. 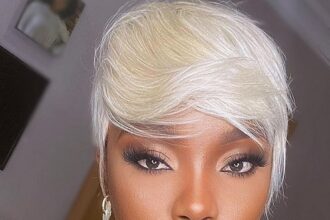 How I was rapped severally and abused – BBN’s BamBam