The Niger Delta People have never been dealt with in such a contemptuous manner by any government since the NDDC came into existence. The Niger Delta people who believe that Buhari has done more harm  than good to the region by running the NDDC board in clear contravention of the NDDC Act

LAGOS, Nigeria – After years of running the Niger Delta Commission, NDDC with cronies of his political appointees, President Muhammadu Buhari on Thursday for the second time in seven years said he will be reconstituting a new NDDC board.

The first board constituted by Buhari led by  Olorogun Bernard Okumagba was never inaugurated., even when it was approved by the National Assembly.

Till date Buhari is yet to publish a white paper on the forensic audit of the NDDC, expected to deal with those who have looted the board to the detriment of the region it is meant to serve.

However, Buhari on Thursday  sacked Effiong Akwa, the crony of former Miniter of Niger Delta, Mr. Godswill Akpabio. Buhari also directed the most senior director in the commission, Emmanuel Audu-Ohwavborua to take over as Acting Managing Director, pending when he will inaugurate a new board yet to be constituted.

In a statement, Director of Press, Ministry of Niger Delta Affairs, Patricia Deworitshe said the President  approved  a new management team and Governing Board for the NDDC.

It is however unfortunate that Buhari is still making promises to inaugurate a new board less than eight months to the end of his administration.  The Niger Delta People have never been dealt with in such a contemptuous manner by any government since the NDDC came into existence.

The Niger Delta people who believe that Buhari has done more harm  than good to the region by running the NDDC board in clear contravention of the NDDC Act are watching to see what Buhari will  do if he will inaugurate the already approved board or extend his disdain for the region by acting all alone.

However, the Niger Delta people are calling on Buhari to inaugurate the Olorogun Bernard Okumagba board, which he constituted years back. Former National Chairman, Traditional Rulers of Oil Minerals Producing Communities of Nigeria, TROMPCON, HRM Charles Ayemi Botu described the sack of the sole administrator as an afterthought and medicine after death.

“President Buhari should salvage his name by promptly inaugurating the substantive board he forwarded to the National Assembly with  Odubu as Chairman and Olorogun Bernard Okumagba as the Managing Director without delay.

“Although by the NDDC Act of 2000, both the managing director and the chairman are for Delta State, we can cede the chairmanship to Edo through alphabetical order. As a regional interventionist agency, NDDC should revert to the Presidency and should not be under the purview of the Niger Delta Ministry”, he said.

The Ovie of Idjerhe Kingdom, Delta State, His Royal Majesty, King Obiukowho Whiskey, Udurhie I, described the sacking of the NDDC sole administrator as a welcome development that should come with the immediate inauguration of the screened and confirmed statutory board of the NDDC under the chairmanship of Dr. Pius Odubu and managing directorship of Olorogun Okumagba.”

“The Federal Government should proceed further to probe the huge financial irregularities that bedeviled the interventionist agency while the sacked sole administrator was in charge.  Trying to do another set of nominations will be unfair to those who have waited for three years plus and will further delay the developmental agenda of the region that has suffered so much in the past three years.” 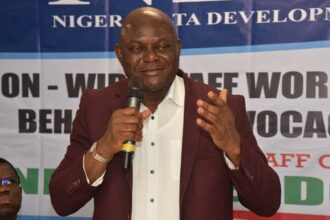 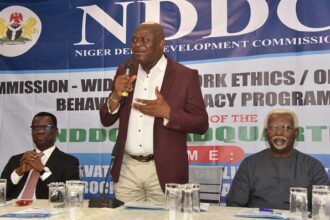 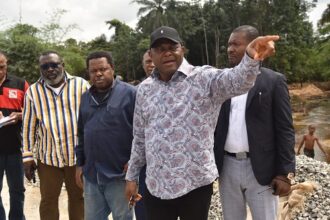