Okoli tasks politicians on issue based campaign ,not religion or ethnicity 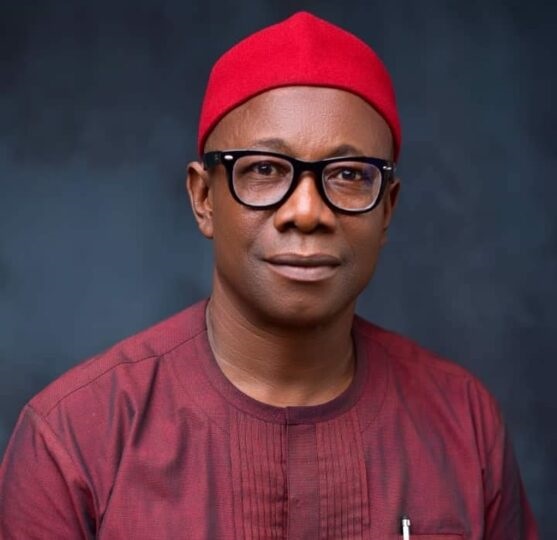 Okoli, who is  a former chairman of Nnewi South Local Government Area of the state gave the advice on Friday in Awka  while interacting with some  newsmen.

According to him, electorates are now wiser and   focusing their minds on the candidate that can give them the future they want in Nigeria. He advised the voters  to avoid all  distractions from the  politicians who would want to hoodwink them into believing what they are not through their  campaigning machineries   .

He  condemned the  deliberate attempts by some politicians and their media handlers  diverting attention from issues of national issues to attacks on peoples and ethnic nationalities.

He said that Peter Obi is one of the greatest, because he  has the experience, capacity, discipline, integrity, humility and managerial skills to turn things around in Nigeria.

According to him, Obi has economic ideas and he is in a better position to manage Nigeria’s economy with the vice presidential candidate, Senator Yusuff Datti Ahmed.

He urged Nigerians to support the team because they are progressive and have  what is needed to move the country forward.

“It is sad that instead of dwelling on the state of the nation and type of leaders we need to address these challenges, paid agents are busy stoking the embers of hatred, ethnicity, religion and division.

“Even if opinions are free they say, they should be within the limits of decency, objectivity and respect for one another with national unity, safety and peace in mind. It is only when a politician doesn’t have any programme or manifesto that he will mobilise hirelings to be attacking opponents, thank God, Nigerians don’t fall for such antics anymore,” he said.

Okoli also thanked Nigerians for their massive participation in the just concluded Continuous Voters Registration which drove the number of prospective voters to register.

According to him, the surge in the number of voters was as a result of improved confidence in the electoral system and their desire to have a say in who would become their next president.

“I wanted to thank the Independent National Electoral Commission for a job well done, to capture as much people as wanted to register or regularise their voting status, it was a huge success.

“My advice is that people should endeavour to get their permanent voter cards and make sure they vote for their preferred candidate in February next year, not just the presidential election but all the contested positions,” he said.

Okoli also  expressed worries over the security situation in the country especially the terrorism scare in Abuja, the federal capital territory,  urging the  security chiefs to act on the directive of Mr President to rid Nigeria of all form criminality.

He said the country should be secured to ensure that the election took place as scheduled without problems.