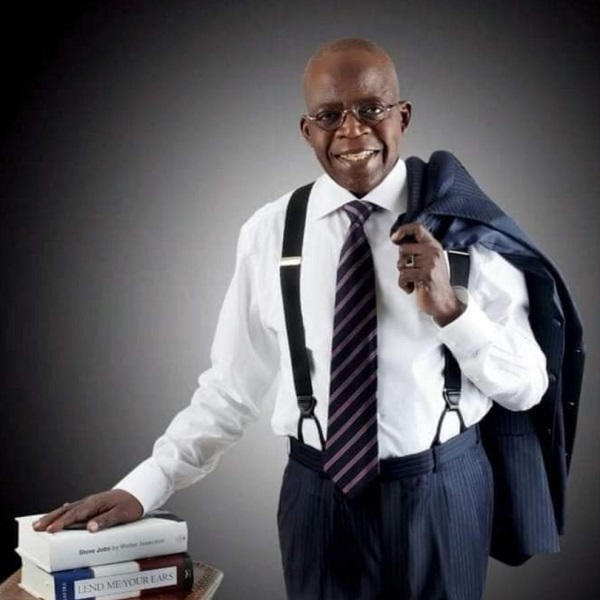 LAGOS, Nigeria – No less than 250,000 persons would again benefit from the 4th edition of BOSKOH Free Medical Outreach in Lagos, as the programme was on Thursday launched for residents of the state.

The Jigi-Bola Health Mission, was launched during the Administration of Asiwaju Bola Tinubu as a free sight and hearing aid programme of the Lagos State Government in 2001.

After a break of the programme for some years, the present administration of Mr Babajide Olusola Sanwo-Ou, in partnership with the BOSKOH Health Mission International, decided to bring the initiative back in the best interest of the people in line with the THEMES Agenda for a greater Lagos.

Prior to Jigi-Bola’s re-launch last year, 2021, BOSKOH, which is an acronym for Babajide Olusola Sanwo-Olu and Kadri Obafemi Hamzat Health Mission International in February 2019 had organised Medical Outreach for 20,000 residents, while in August 2019, the group partnered with the state government to launch the “Healthy Bee Project” with 200,000 Lagosians benefiting from the outreach and 85 successful cataract surgeries conducted in five days.

At a joint event of the re-launch of JIGI-BOLA health programme and the unveiling of the 4th BOSKOH HMI free medical outreach, on Thursday, at the State Capital, Ikeja, the Lagos State Governor, Mr. Babajide  Sanwo-Olu said   the 4th Edition, BOSKOH Health Mission Initiative has made enough provision to carry out routine screening exercise on the residents across the 20 LGAs and 37 LCDAs of the State.

“Health as we all know is wealth, and only healthy people make a healthy nation; this, underscores the importance of healthy living in any society, hence the need to ensure optimal healthcare that cuts across age-divide in society.

“We must look after our health and every part of our bodies hence the need to relaunch the Jigi-Bola Initiative as in conjunction with BOSKOH Healthcare Mission International,” he said bearing reflections of the importance of the programme.

“The massive impact recorded during the introduction of this initiative and the joy of residents in Lagos State who benefitted from the Jigi-Bola Initiative which was started under the visionary leadership of Asiwaju Bola Ahmed Tinubu as Governor of Lagos State, whose audacious health intervention saved several lives from preventable blindness and restored beneficiaries back to their livelihood, attested to the relevance of Jigi Bola and also justifies our decision to keep it on after the initial relaunch in 2019.

“Through the BOSKHO Health Mission International, this administration has continued to lead the frontiers in delivering good healthcare as we took the bull by the horn, adding diagnosis for hearing-impairments and the provision of hearing-aids,” he said.

“This Administration has also taken the bolder step by broadening the scope of the Health Mission to include other health provisions beyond the provision of visual and hearing aids programme to cater for the need of Lagosians whose health needs do not fall within visual and hearing impairments,” he said.

“Visual and hearing loss are the most prevalent sensory disabilities globally, and we do not have to be apologetic about its growing number of cases, but to take deliberate actions in reducing the statistics in our dear State,” Sanwo-Olu observed.

“Vision and hearing difficulties before they become impaired can be prevented with early detection, care and other medical interventions.

“Hence, it has become essential to continue in this direction with the BOSKOH Lagos Healthcare Mission International by re-stating our commitment to improve the well-being and welfare of our dear citizens,” he added.

Sanwo-Olu who quoted the World Health Organisation (WHO), assertion that over two billion people have a near or distant visual impairment, and at least, over One Billion or almost half of these cases could have been preventable, noted that for Nigeria, according to International Centre for Eye Health, it is estimated that over 2.7 million adults aged between 40 years and above have moderate visual impairment, and additional 400,000 adults are severely, visually impaired.

“This Free Sight and hearing Aid Programme taking place again today is aimed at improving and strengthening the State’s capacity for efficient eye and ear care delivery at the grassroots, and to ensure that Lagosians do not lose their vision and hearing organs when these could have been prevented,” he said.

Free services being provided were Early detection of eye conditions that may lead to blindness; Eye and ear education; Free eye and ear surgery and treatment; and Free eye glasses and free hearing aids with team of Medical Professionals assembled here to attend different to health issues.

“This administration is committed to putting smiles on the faces of the great people of Lagos and we would continue to advance the well-being of residents of Lagos State as enshrined in the T.H.E.M.E.S. Agenda being the pillar upon which our mandate of a greater Lagos for the good people of Lagos is hinged,” Sanwo-Olu said.

In her remarks, First Lady, Lagos State, Dr. Ibijoke Sanwo-Olu, described the re-launch as the “progressive move towards the sustainability of one of the most successful initiatives of the Lagos State Government that has facilitated unprecedented impact across the length and breadth of the state, especially the grassroots.”

According to Ibijoke Sanwo-Olu, the Jigi-Bola Health Mission programme, since it was launched in 2001, “contributed a great deal in achieving unparalleled impact in preventing blindness and correcting visual dysfunction, which is estimated to be a major health risk to residents.”

She disclosed that at the end of the Jigi-Bola’s Re-launch in June last year, over 45,000 Lagosians  were reached across seven Local Government Areas, while about 10,000 benefitted from free eye treatments and eyeglasses.

“A number of people also benefited from the additional services that included ENT Surgery, Orthopaedic Surgery, and Dental Procedure,” she added.

“This event is not only a celebration of one of the legacy-grassroots outreach programmes of Asiwaju Bola Ahmed Tinubu, the amiable former Governor of Lagos State and National Leader of All Progressives Congress (APC), but also a continuation of a legacy that would help reduce visual impairment to the barest, especially amongst the good people of Lagos State,” she said.

“Essentially, the Jigi-Bola Initiative is designed to strengthen the State’s capacity for efficient eye-care delivery at the grassroots,” she said.

Former Commissioner of Health, Lagos, Dr. Jide Idris, underscores the fact that the system of healthcare in Nigeria treats people rather than addressing their health.

The State Commissioner for Youth and Social Development, Mr. Segun Dawodu, said the State Government has deployed resources to ensure, through his Ministry, that mental challenged persons are admitted into the State’s mental health rehabilitation centres for improved condition.