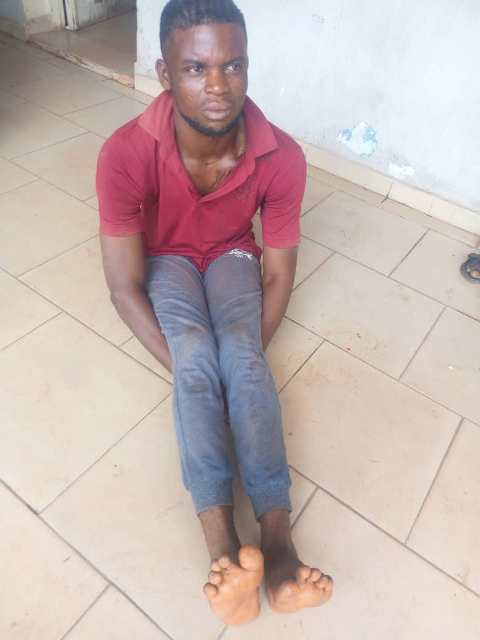 In a statement  issued by  the Head, Corporate Communications, EEDC Emeka Ezeh and made available to Journalists in  Awka, Anambra  State capital said the suspect was apprehended  by Security Guards operating at Thinkers Corner area of Enugu, Enugu State,

According to him, the suspect, in company of two of his gang members at large, vandalized the Thinkers Guest House transformer located at Thinkers Corner, Enugu, and drained the transformer oil.

He also disclosed that Solomon gave the names of his fleeing gang members as Sunday and Onyema, and  one Onyedia Obasi, alias Bishop, as their master.

Emeka Ezeh said the suspect has been handed over to the Police Area Command, Enugu, for further investigation and possible prosecution, while the fleeing gang members are being trailed by the Police

This arrest is coming just few weeks after the distribution company lamented the increasing rate at which electricity installations within its network are being attacked by vandals and called for customers to be more vigilant.

It went further to disclose that vandals have taken advantage of the poor power generation experienced across the sector, which has impacted the daily energy allocation to the company, and its supply availability to customers.

While commending the effort of the Security Guards in apprehending the suspect, EEDC calls on its customers to be more vigilant in ensuring that electricity installations sited within their neighborhoods are protected against attacks by these criminal elements in the society, and save themselves the stress of being out of power supply.

The company’s spokesman said that the organization has committed millions of Naira restoring vandalized installations, a situation he described as no longer sustainable, especially considering its current financial position.

HOW WE POSED AS AMBODE TO DEFRAUD LAGOS STATE GOVERNMENT – WITNESSES