See what Lagos State is doing to your motorbikes 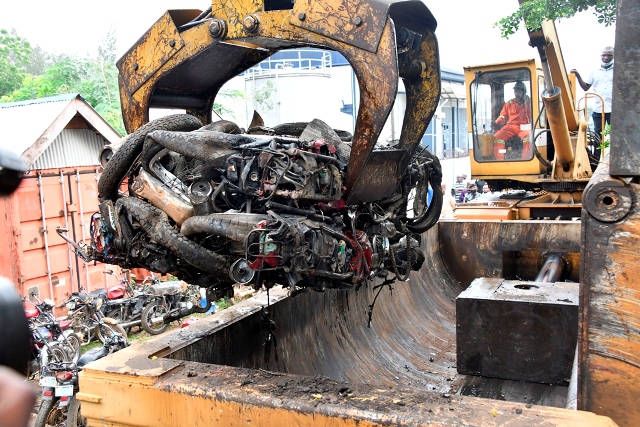 IKEJA, Lagos – The Lagos State Government has set into motion the process of giving a very special treatment to all the commercial motorcycles, otherwise called Okada that were seized from the operators in the state.

Recall that the Lagos State Government began enforcement of the law restricting the operation of commercial motorbikes to six Local Governments  in the state with effect from June 1, 2022.

Since the enforcement of the law, so many commercial motorbikes have been seized by the Lagos State Government, forcing many to wonder what is happening to all those already collected.

Although the state government said it is crushing them, many thought it was nothing but mere threat and an excuse to scare the recalcitrant operators.

But at last, the state government is crushing them at the site where it has installed a special machine for smelting them into undesirable elements.