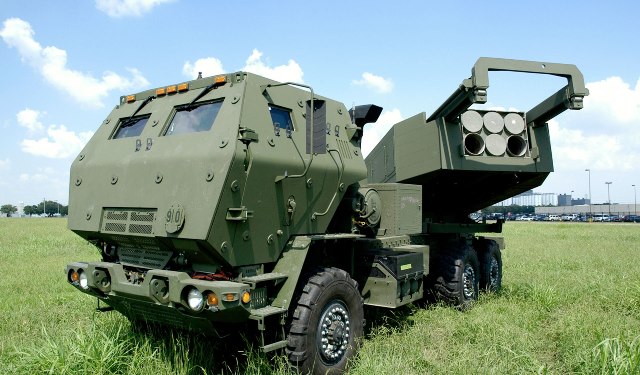 Biden said the weapons were to allow Ukraine  defend itself against Russian aggression but said the U.S will not supply  weapons that will allow Ukraine to hit targets in Russia.

The High Mobility Artillery Rocket Systems or HIMARS are part of the latest presidential drawdown package for Ukraine worth $700 million dollars.

There are four M142 High Mobility Artillery Rocket Systems in the package.

The M142 HIMARS system, according to Department of Defence allows for the launching of multiple, precision-guided rockets. “Along with the HIMARS system, the department is also including the Guided Multiple Launch Rocket System to be used with HIMARS. Those rockets are capable of hitting a target more than 40 miles away”, the DoD said.

The HIMARS system also provides increased precision, Kahl said.  “These are precision guided systems with extended range,” he said. “For high value targets, that, that allows them to keep some of the pressure off of Ukrainian forces on the front, we think these systems will be very useful.”

He said the Ukrainians needed to be trained on use of he equipment.

“We think that’ll take around three weeks. They need to know not just how to use the systems, but, of course, how to maintain the system — so, think of logistics, maintenance, things like that. So, it’ll be a number of weeks until that training is complete.”

The latest equipment package for Ukraine will likely not be the last, Kahl said.

“We will continue to closely consult with Ukraine and surge additional available systems and capabilities in support of its defense,” he said.

Group Calls for Test-run of PVC Before 2015 General Election