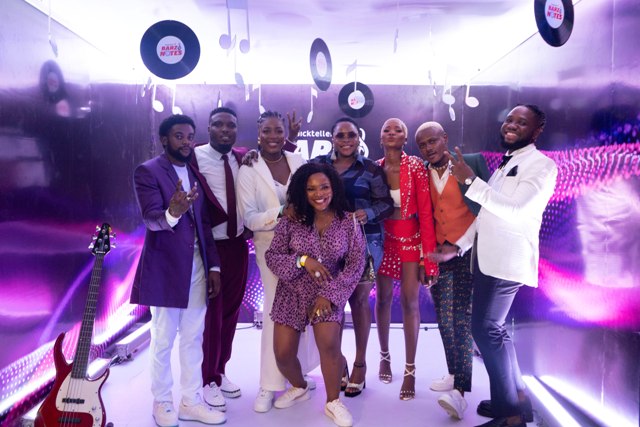 LAGOS, Nigeria – After weeks of talent-honing by seasoned professionals in the Nigerian music industry, the leading consumer digital payments platform, Quickteller, powered by Interswitch, showcased the talents of the young artistes that were groomed during the QuicktellerBarz and Notes music talent show and production camp.

At the talent unveiling event, held at the Landmark Towers, Victoria Island, Lagos on Sunday, June 12, 2022, the six finalists thrilled the audience with their original songs, which were produced by seasoned celebrity producers during the production camp.

The Talent Unveiling Party marks the beginning of the music careers of the rising stars with Quickteller as the accelerator through its support design. The recorded songs will be released in an EP which will be streamed across all major music streaming platforms. The artistes are also billed to perform at the One Music Africa Fest in Dubai later this year, alongside other African artistes.

The QuicktellerBarz and Notes music talent hunt show was created with the sole purpose of building well-rounded music artistes and showing up-and-coming artistes the ropes of the music business.

Priscilla Iyari, Brand Manager at Quickteller, noted that the show was designed to recognize and hone sharpen the musical talents of the young artistes through guidance from experts in the industry.

She said, “It has been a delightful ride, especially seeing how these talents grew under the guidance of experts in the Nigerian music landscape, which reinforces the show’s core values”.

“Quickteller would continue to work collaboratively with industry experts to ensure that these talents are given enough push to reach their full individual potential.”

Awards were presented to the finalists in recognition of their individual and collective efforts during the show. While presenting the awards, TomiOgunlesi, the Group Head, Brands & Communications, assured the talents of the company’s continuous support, stating that the show was just the beginning of other greater accomplishments.

Earlier in the event, he noted that the show was not a competition but designed differently from popular formats, adding that the show focused on teaching the artistes the rudiments of music production to boost their knowledge base and improve their marketability within the entertainment space.

“What we’ve tried to do with the show is to put some spotlight on those things that happen behind the scenes, and touch on every aspect of the musical journey. This is more of a holistic effort to showcase the talents of these six finalists.”

Present at the event were the show’s partner disc jockey, DJ Kaywise; mentor on the show, Sess The Prblm; celebrity producer, Yung Willis; singer Omawumi, among other celebrities such as Kemen, Ill Bliss, Paul Okoye and Wande Coal who delivered an electrifying performance.​

BEYONCE PREGNANT WITH A SET OF TWINS

EVERYWHERE I GO, PEOPLE ASK ME FOR HELP – FEMI KUTI