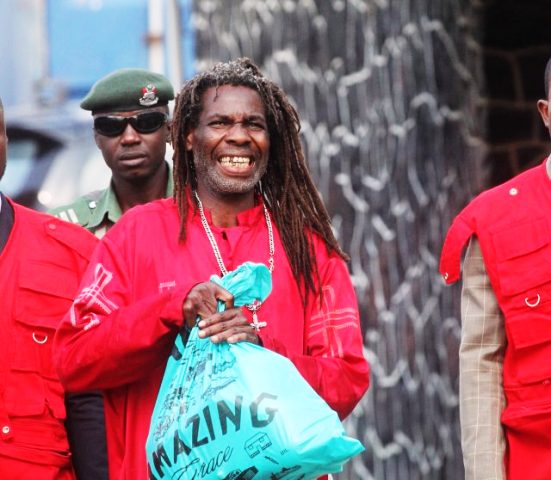 IKEJA, Lagos –  A Domestic Violence and Sexual Offences Court today adjourned the  trial of Prophet Cletus Ilongwo  of the Power of the Holy Ghost Evangelical Ministry for alleged N59.7m fraud until September 20, 2022, following  amended charge filed by the prosecuting counsel.

Justice Sherifat Solebo adjourned the matter, when the Economic and Financial Crimes Commission, EFCC effected amendment in the 11 count charge proffered against  the Presiding Pastor of the Power of the Holy Ghost Evangelical Ministry.

Cletus Ilongwo is alleged to have defrauded a former member of his congregation, Obinna Ezenwaka of the sum of N59.7m.

The EFCC had alleged that the prophet received the said amount from Ezenwaka on different occasions in 2016 on the pretext of helping him to purchase a property located at 165c Diamond Estate, Amuwo Odofin, Lagos.

According to the EFCC, Ilongwo collected the sum in tranches through his Zenith Bank account 1003455899. During court sitting,  the prosecuting counsel, N.K. Ukoha informed the court that there was an application for an amended charge filed on June 14, 2022, before the court.

The defence counsel, Titilayo Akinlawon said that the same amended application with the same information filled on June 8 has been withdrawn, stroked out and cannot be brought back.

Akinlawon said, “According to law, a prosecutor can amend charged before prosecution, but not with the application of amended charge. The case has been adjourned for judgment and it is reconstituting the case of reformation.

“My lord will recall that this case initially started with 16 counts and was narrowed down to 7 counts on several occasions. There is no way judgment can be achieved today as the amended information filed by the prosecuting counsel is causing abuse of court proceedings.

However, in defence, Ukoha said that the issue of the court taking the plea is fundamental and the court is duty-bound to accept the amended charge.

“There is no principle that says a withdrawn charge cannot be filled again and we urge the court not to see it as abuse. We urge the court that the amended charge be read in the court and the plea of the defendant be taken,” he added.

Would you be calling any witness or cross-examine the defendant for the amended charge, Justice Solebo asked? No, the prosecuting counsel answered.

Justice Solebo said, what is the essence of the amended charge if you are not calling any witness or cross-examining the defendant?

The charges read in part, “That you, Cletus Ilongwo, on January 29, 2016, at Lagos, within the Ikeja Juridical Division, dishonestly converted for your own use the sum of N10m, being money received through your Zenith Bank account number 1003495899 from Obinna Ezenwaka meant for the purchase of the property situated at No 165c, Block 12, Diamond Estate, Amuwo-Odofin, Lagos.”

The defendant pleaded not guilty to all the charges.

Justice Solebo said that the amended charge is annoying despite the charges having been re-amended in the last 10 months of the case and further adjourned the matter until September 20, 2022, for judgment.