Private sector activity in Nigeria slows down in May – Stanbic IBTC 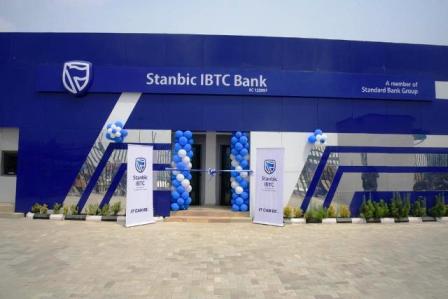 LAGOS, Nigeria – Business conditions in Nigeria’s private sector strengthened in May, but the rate of improvement slowed from April. Softer uplifts were recorded in output, new orders, purchasing activity and input inventories.

That said, new orders continued to rise sharply which prompted a quicker expansion in headcounts. In turn, sentiment improved with companies also hoping that fruitful marketing campaigns would support output growth over the next 12 months.

Sharp price pressures were once again evident, however, with overall input price inflation among the quickest in the survey’s more than eight-year history.

Firms passed on higher expenses and sought to increase profit margins with output price inflation quickening in May. The headline figure derived from the survey is the Purchasing Managers’ Index™ (PMI®).

Readings above 50.0 signal an improvement in business conditions on the previous month, while readings below 50.0 show a deterioration.

At 53.9 in May, down from 55.8 in April, the headline PMI signaled a twenty-third successive monthly improvement in business conditions in Nigeria’s private sector. New orders rose sharply in May, albeit at a softer pace than in April.

Firms raised their output levels, extending the current run of output growth to 18 months. All four of the monitored sub-sectors recorded marked expansions, led by the manufacturing sector. Services, wholesale & retail and agriculture followed behind, respectively.

Firms continued to raise purchasing activity, with expansions now seen in each of the last 23 months. The overall rate of growth was sharp but eased to an eight-month low amid elevated costs. Nevertheless, companies were committed to raising their inventories as part of efforts to protect against future price hikes.

Despite the latest moderation in output growth, firms were optimistic that their output levels would expand over the next 12 months.

In fact, the degree of optimism improved from April. Firms reported that business expansions would support growth in output and as a result added to their headcounts. Staffing levels have risen in each of the last 16 months with the latest uptick the third-quickest in this sequence.

Larger workforces and higher prices for fuel, raw materials, transportation and other inputs led to another substantial increase in overall input prices in May. Moreover, firms raised staff wages at the third-strongest rate in the series history.

Higher expenses were passed on to clients with selling price inflation quickening in May. Lead times shortened to the greatest extent for five months. As a result, firms received inputs in a timely manner and were able to reduce their backlogs, as has been the case in each month over the last two years.