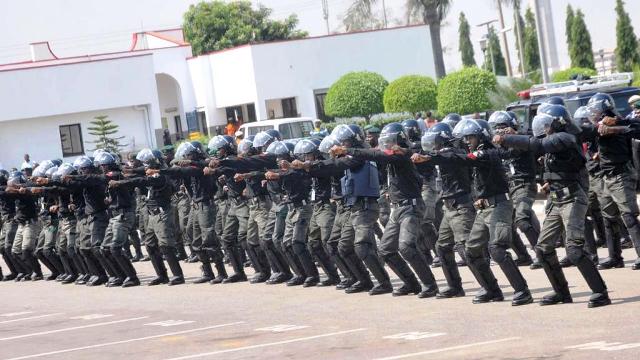 ABUJA, Nigeria – Ahead of the primaries of the All Progressive Congress scheduled for  Monday, June 6 and Tuesday, June 7, the Nigeria Police Force in the Federal Capital Territory, Abuja has diverted traffic from   the Eagle Square where the primaries are scheduled to take place.

In a statement,  DSP Josephine Adeh, Police Public Relations Officer for the FCT said the diversion becomes imperative since the event is often associated with a high influx of different calibers of people especially the politicos thereby requiring an argumentation of the working security architecture of the Federal Capital Territory (FCT)

“Given the above, to effectively police the territory within the period in view and beyond, an all-encompassing security deployment has been made. Notable amongst the apparatus of this security arrangement is the emplacement of traffic diversions at strategic places around the event ground as follows;

She said there will be heavy visibility policing as would be witnessed at the various traffic control points to aid the free flow of traffic, stop and search, and vehicular and foot patrol among many others.

According to her, the  Commissioner of Police CP Babaji Sunday Psc. while registering the command’s unflinching commitment to the sustenance of the relative peace and tranquility urged all and sundry to shun all forms of violence in the period in view and beyond.

Why we want separate identity for tricycle operators – TOOAN Chairman